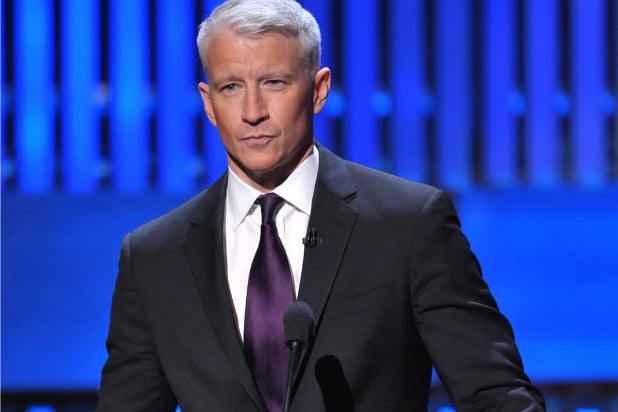 “I talked to a lot of gay and lesbian people here yesterday, who are not fans of yours,” Cooper said to kick off the interview. “They thought you were being a hypocrite.”

Bondi once said that same-sex marriage would “impose significant public harm,” and the “AC360” host wasn’t going to let her forget about it while trying to express concern for the LGBT victims of the Orlando terror attack.

Also Read: Orlando Killer's Wife Says She Tried to Talk Him Out of It, Could Face Charges

“Do you really think you’re a champion of the gay community?” Cooper asked.

A flustered Bondi responded by explaining that when she was sworn in as AG, she took an oath to defend the constitution.

Cooper didn’t let up, asking if she’s worried that her language, specifically remarks saying gay people could do “significant public harm,” sends a message to people with bad ideas in mind.

Also Read: Homophobic Pastor on Orlando Shooting: 'The Tragedy Is That More of Them Didn't Die'

Bondi spoke in circles until Cooper mentioned the “sick irony” that she was against gay marriage but is now repeating the information needed for spouses to check on the status of victims.

“Is it hypocritical to portray yourself as a champion of the gay community? I’m just reflecting what a lot of gay people have told me. They don’t see you as that,” Cooper said.

“I’m not portraying myself as anything, other than trying to help human beings,” Bondi replied. “I’m not championing anything other than Floridians.”

Cooper then told her he’s never seen Bondi talk positively about the LGBT community until now.

VIDEO of @AndersonCooper grilling @PamBondi. "Do you really think you're a champion of the gay community?" https://t.co/DOFTxJOPuh