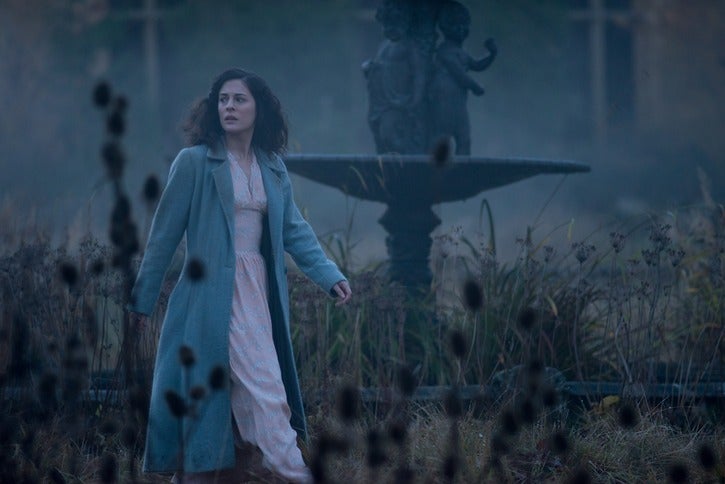 After a dismal year in ticket sales, down about 5 percent from 2013, the industry kicks off what most expect to be a record-breaking 2015 at the box office, at least in terms of revenues (attendance remains relatively flat).

Still, you wouldn’t know a new year is upon us by the major studios skipping the party — all of them — as just one big newcomer, “The Woman in Black 2: Angel of Death,” makes it to the Cineplex. Relativity is rolling out the horror thriller from director Tom Harper in 2,602 theaters.

Fearing that the Christmas tent-pole releases — “The Hobbit: The Battle of the Five Armies,” “Into the Woods” and “Unbroken” — would be cannibalized by competition between the holidays, big studios have all steered clear of Friday.

Without all of the hype surrounding last weekend’s release of “The Interview,” the box office looks ho-hum. The result could be a nip-and-tuck race between holdovers. And while “The Hobbit” won Monday’s daily derby, the question for the weekend is which leftover tastes more like family fare at the Cineplex. All three should flirt with healthy second-weekend frames of $20-$25 million.

But “Woods,” Meryl Streep‘s fairy tale that debuted in second place last week with $31 million, could have the upper hand among Hollywood’s biggest repeat customers, kids and young girls. “The Hobbit” and Angelina Jolie‘s World War II saga “Unbroken” also hold aces in their box office hands: “Hobbit” will continue to plumb fanboy devotion, while Universal looks to tap the same military vein that made the studio’s  “Lone Survivor” an unlikely hit around the same time last year.

That will likely leave “Night at the Museum: Secret of the Tomb” and “Black” to vie for top 5 table scraps, likely between $9 and $11 million.

The weekend after Christmas “is a little like the day after Christmas,” says Rentrak’s Paul Dergarabedian. “The presents have been opened. Time to let the kids play with the toys.”

Like “Nightcrawler,” “Black” will profit on a weekend that big studios choose not to tread. Purchased for just $1 million before the Toronto International Film Festival, and with international distribution rights already secured, the horror film is already nearly in the black for Relativity. And it will benefit from being a sequel to the 2012 original, a surprise hit at $54 million. This iteration, though, lacks “Harry Potter” Daniel Radcliffe as a lead and will likely come nowhere near its 2012 predecessor. “Nightcrawler” opened on a big-studio-free Halloween and collected $31 million (and some awards buzz for lead Jake Gyllenhaal).

Still, studios need the weekend to maintain a robust holiday frame to staunch the slide of 2014, which will likely land at $10.3 billion in tickets sold in North America, down about 5 percent from 2013’s $10.9 billion in domestic ticket sales and the lowest-attended year at the box office since 1995..