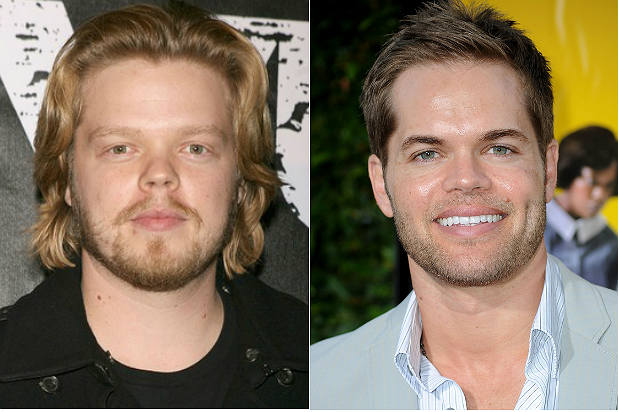 Elden Henson and Wes Chatham have joined the cast of “The Hunger Games: Mockingjay – Parts 1 and 2,” Lionsgate announced on Twitter Monday.

Henson will play Pollux, while Chatham will play his brother Castor. The duo work on the TV crew that films Katniss, and Pollux also has intimate knowledge of the sewer system beneath the Capitol.

Mahershala Ali (pictured below), so good in “The Place Beyond the Pines” and “House of Cards,” was recently cast as Katniss’ protector Boggs.

Best known for playing Fulton Reed from the “Mighty Ducks” movies and Rachael Leigh Cook’s best friend in “She’s All That,” Henson happens to be one of my favorite young character actors. He’s great in Tim Blake Nelson’s teen drama “O,” and recently had a strong scene as Andy Hertzfeld in “Jobs.”

Chatham is no slouch himself, having co-starred in “The Help” and held his own with Tommy Lee Jones in Paul Haggis‘ underrated film “Inthe Valley of Elah.” He recently wrapped MGM’s remake of “The Town That Dreaded Sundown.” Henson is repped by Talent Works and manager Jelani Johnson at Generate, while Chatham is repped by Gersh and Untitled Entertainment. Ali is repped by IFA Talent, Artist Management and attorney Neil Meyer.