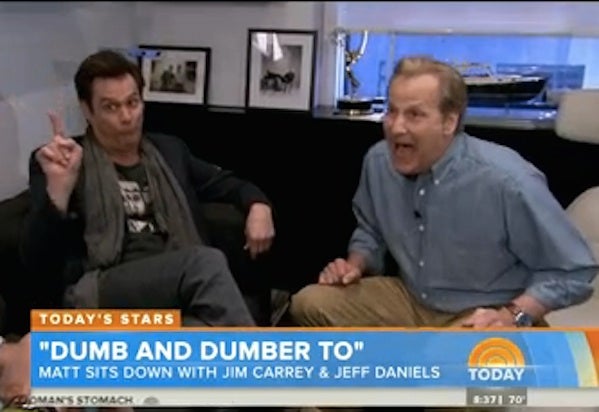 The “Today” show host, who was dressed in one of the cheesy tuxes from the original movie, asked if they still remembered the lyrics.

“Since I went to the trouble of going all prom outfit on you here, would you just give me the honor of just a small portion of Mockingbird?” Lauer asked.

The comic duo launched into a spirited rendition of the James Taylor/Carly Simon hit.

“I was fully prepared for you to say no,” Lauer said.

“Should’ve taken the no option on that,” Carrey said.