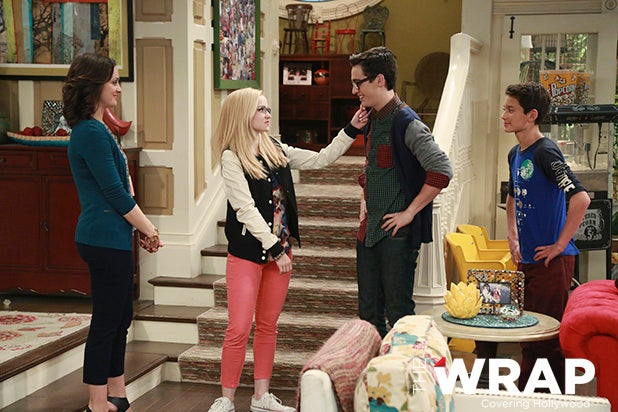 At least one Rooney is on the move in the Season 3 finale of Disney Channel’s “Liv and Maddie.”

In these exclusive photos from the episode entitled “Califoni-A-Rooney!’ Maddie (Dove Cameron) is seen greeting some new faces, with luggage in tow, as the show prepares to move the Rooney family to California for Season 4.

The episode revolves around Maddie’s huge blowout with twin sister Liv (also played by Cameron) as they have to figure out whether they will stay together for the next four years of their lives after Maddie is offered a scholarship to her dream college.

“Liv and Maddie” co-creator and executive producer John D. Beck said, “We are incredibly excited for everyone to see ‘Liv and Maddie’s’ season three finale, ‘Califoni-A-Rooney!’ This special episode gives our loyal audience what we hope is a satisfying conclusion to the season, setting the pieces in place for the new stories and characters everyone will meet in season four in California!”

Co-creator and executive producer Ron Hart added, “And I dare you to not be blown away by Dove Cameron‘s heart-tugging performances as both Liv and Maddie.”

As TheWrap exclusively revealed, the Rooney twins will have gotten over their differences by Season 4 of the series, and the new faces they will meet include Lauren Lindsey Donzis as Ruby, the Rooneys’ cousin in California.