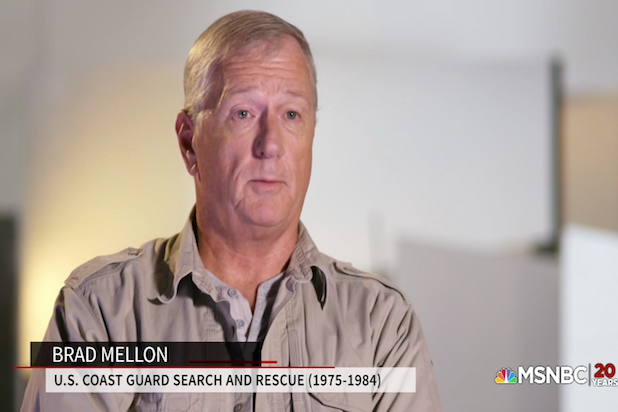 What would you do if a cruise ship was invaded by armed intruders? MSNBC wants to find out.

“MSNBC Originals gives MSNBC another arrow in our ‘story-telling’ quiver. It allows for a counter-point to the studio shows and breaking news that we are known for. We think that there is an opportunity to engage the news consumer who wants to be informed and understand the world around them on a Saturday night, which is a time when most viewers want to lean back and be entertained,” MSNBC VP Michael Rubin told TheWrap.

The first three-part series titled, “In Other News,” examined what else happened in the news cycle when major stories stole the headlines, such as the day Michael Jackson died. The latest batch, “Split-Second Decision,” puts viewers in a situation that forces them to make quick decisions, such as what would happen on a capsized ferry boat or the aforementioned cruise ship scenario.

Rubin said each original series aims to “bring the rigor and quality of NBC News to a format that the audience is fascinated to watch.” The evergreen series gives MSNBC additional content that can be consumed across all digital platforms and On Demand, as well as linear television.

“The combination of ripped-from-the-headlines footage, expert and survivor testimony and the play-at-home elements come together to make an incredibly authentic and engaging format. We all wonder what we’d do in these kind of life or death scenarios: with this series, you can find out,” Rubin said. “If you watch one minute of ‘Split Second Decision,’ you’ll want to play along for the whole hour.”