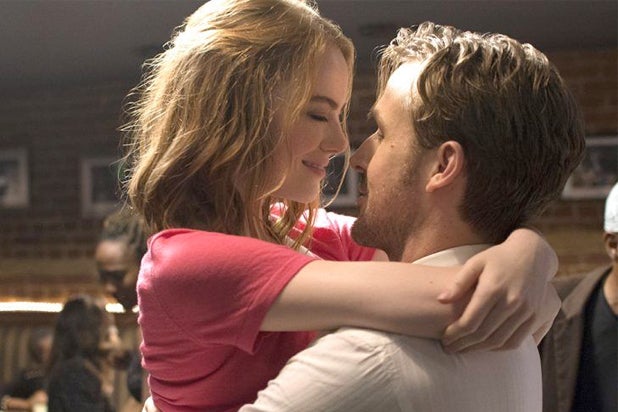 While this year’s nine Best Picture contenders are light on blockbusters — no nominee has crossed $100 million yet — Lionsgate’s “La La Land” and The Weinstein Company’s “Lion” are expected to gain the most at the box office, analysts told TheWrap.

Damien Chazelle’s musical, which tied an Academy record with 14 nominations, will reach its widest point this weekend, expanding to 3,000 theaters from 1,865. The film has grossed $90 million to date in its gradual platform release, is now expected to cross the $100 million mark this weekend.

“‘La La Land’ is in full stride and still might be under the radar but because we are talking about 61 percent expansion, it will cause a big boost, especially with the 14 nominations, which a lot of films haven’t done,” Jeff Bock, senior analyst at Exhibitor Relations, told TheWrap. “It’s not an art house film per se, it’s something else, which is good for its box office longevity. It’s going to reach $150 million because the people who have been putting off seeing it will go see it now.”

In the hours since the nominations, Fandango reported more than 50 percent higher ticket sales for “La La Land” than would be expected on an average ticketing day. And in a recent Fandango survey, 69 percent of moviegoers said they are more inclined to see a movie after it gets an Oscar nomination.

“‘La La Land’ has been a hot ticket on Fandango since day one,” Fandango correspondent Chris Witherspoon told TheWrap. “Now that it has made Oscar history as the first original musical with 14 nominations, ‘La La Land’ continues to see brisk sales as one of the year’s must-see films.”

“Lion” is also expected to get a boost from its Best Picture nomination — while The Weinstein Company will not expand the movie this weekend, it plans to take the movie wide to 1,800 plus theaters on February 3, which will give it a big (but delayed) boost in awareness and revenue. The fact-based drama, which earned supporting nominations for Dev Patel and Nicole Kidman, earned $1.8 million last weekend, bringing its cumulative total to $16.4 million after nine weeks in limited release. The film had a drop-off of just 20.9 percent even though the theater count of 575 remained the same.

Fox’s “Hidden Figures” is expected to coast on its impressive box office performance and not get much of a further boost from its three Oscar nominations. The historical drama has grossed $83 million to date after expanding on Jan. 6 from 25 theaters to 2,471 locations, and widening further to 3,416.

If its box office continues to drop in the 20 percent range, the drama is likely to surpass the $100 million mark. But Fox has not yet responded to TheWrap’s request for comment on the upcoming screen count for the film starring Octavia Spencer, Taraji P. Henson and Janelle Monae.

“Fences,” “Arrival” and “Moonlight” are expected to get moderate boosts from their Oscar nominations. Bock said that “Fences,” starring Denzel Washington and Viola Davis, is a type of drama that has been seen before, but Washington is always a big box office draw. Add the fact that he directed the film, and “Fences” might see a bigger boost than anticipated.

The studio’s “Arrival,” the top-grossing film from this year’s slate of nine nominees with $95 million to date, is expanding again this weekend, from 180 locations to 1,100-plus, and is expected to cross the $100 million mark on the strength of its eight nominations.

A24’s “Moonlight,” which also earned a total of eight nominations, has earned around $15 million since its limited debut in October. Last weekend, it played in 489 theaters and A24 will expand it to 1,000 screens this weekend — the film’s widest point of release.

Barry Jenkins’ coming-of-age drama about a gay African American man in Miami may receive only a slight boost from the Oscar recognition, Bock said, due to a narrative that “might not play in middle America.” He added, “I don’t think there is room for ‘Moonlight’ to go much further.”

Amazon Studios and Roadside Attractions’ expansion of “Manchester by the Sea” from 543 theaters to 900 to 1,000 theaters this weekend may prove less successful.

Kenneth Lonergan’s film, which has grossed $38 million since its limited release on Nov. 18, was already in the 1,000-theater range earlier this month and analysts say it may be “played out” despite its spate of nominations, including for stars Casey Affleck and Michelle Williams.

Two other nominees, CBS Films’ “Hell or High Water” and Liongate’s “Hacksaw Ridge,” won’t return to theaters following their nominations, according to their respective studios.

Mel Gibson’s “Hacksaw Ridge” has grossed $65 million domestically since its release on Nov. 4, while the August 1 release “Hell or High Water” topped out at $27 million when it concluded its theatrical run late last year.

All of these titles, however, may see a boost in post-theatrical revenue.