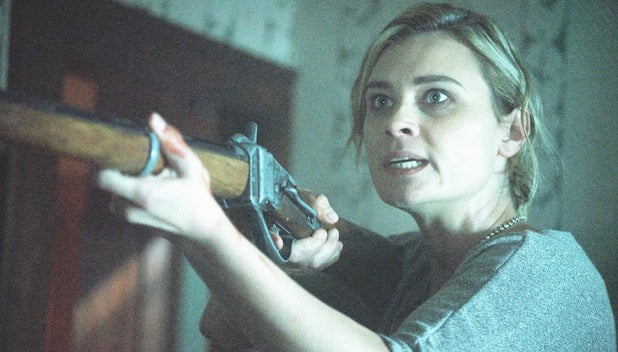 The filmmakers behind the psychological horror movie “Dementia” have released a slew of photos.

Described as a cross between “Misery” and “Whatever Happened to Baby Jane,” the film hails from director Mike Testin and producers Raphael Margules and J.D. Lifshitz. The trio previously collaborated on “Contracted.”

Diagnosed with dementia, war veteran George Lockhart (Jones) must deal with his estranged family. Son Jerry (Cilella) and granddaughter Shelby (Harrison) force him to hire a live-in nurse (Klebe), only to learn that she harbors a sinister secret.

“Our goal with ‘Dementia’ was to create a new, unique experience in psychological dread and terror, having more in common with films like ‘Whatever Happened to Baby Jane’ or ‘Repulsion’ than the latest ghost/found footage/torture movie. A horror film with real characters, drama, and tension, with scares coming from suspense and atmosphere rather than jump scares and general gratuity. If ‘Contracted’ made people afraid of being intimate with strangers, ‘Dementia’ will make them afraid to trust people altogether,” Margules and Lifshitz said in a statement.

“Dementia” was written by Meredith Berg and executive produced by Jonathan Yunger and Jeffrey Greenstein.