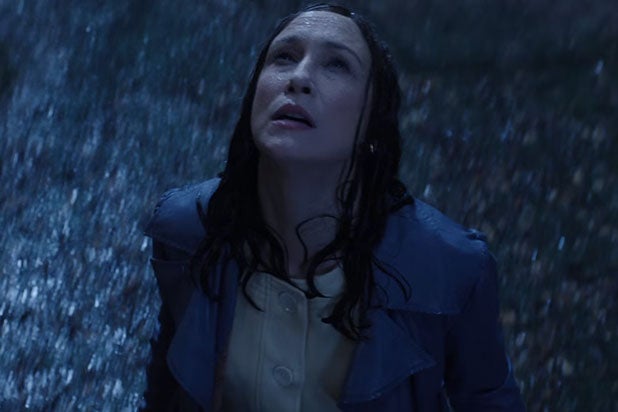 “The Conjuring 2: The Enfield Poltergeist” is off to a good start in its opening weekend, bringing in $16.4 million from 3,343 locations to lead the Friday box office.

The video game movie “Warcraft” grossed $10.7 million, beating out “Now You See Me 2” for second place. The magic-themed Lionsgate sequel earned an estimated $8.4 million on Friday.

“The Conjuring 2” scared up $3.4 million at the Thursday night box office and should gross more than $37 million for its entire opening weekend.

A definite strong performer given its production budget, just above $40 million, the sequel will likely come up short of the $41 million the original “Conjuring” opened to in 2013.

“The Conjuring 2” boasts a solid 74 percent on Rotten Tomatoes and A- from moviegoers surveyed by CinemaScore.

Like the original, the movie stars Vera Farmiga and Patrick Wilson as paranormal investigators Lorraine and Ed Warren, and follows the couple across the Atlantic to help rid a London family of a dangerous spirit haunting their home. James Wan returned to direct.

Universal and Legendary’s “Warcraft” earned $3.1 million during Thursday previews from 2,632 theaters. Made for a whopping $160 million, the movie, directed by Duncan Jones (the late David Bowie‘s son), is expected to take in about $25 million this weekend in North America.

While the film isn’t expected to make bank domestically, it has already had an impressive run internationally. As of Thursday, “Warcraft” had earned a record $90 million-plus in China, marking the biggest Thursday of all time in the country.

The film, starring Travis Fimmel, Ben Foster, Dominic Cooper and Paula Patton, currently holds a dismal score of 27 percent on Rotten Tomatoes and a B+ CinemaScore.

Also Read: 'Conjuring 2' Is 'Scary Good' and 7 Other Chilling Reviews

The third opener this weekend is Lionsgate’s “Now You See Me 2,” which grossed $1.75 million at the Thursday previews.

The original “Now You See Me” went on to clear $29.4 million during its 2013 weekend debut. The star-studded sequel is looking to open to $24 million.

Also Read: 'Now You See Me 2' Is an 'Excruciating,' 'Brain-Dead' Sequel, Critics Say

Critics have not been enthusiastic. “Now You See Me 2” has a score of 37 percent on Rotten Tomatoes, 12 points lower than its predecessor. But its A- CinemaScore shows audiences are still excited to see it.