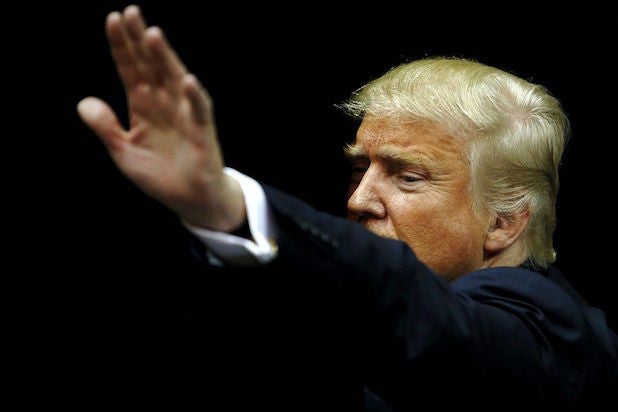 While some outlets immediately inferred that the billionaire real estate developer was “skipping” the town hall in light of the fallout from his last town hall appearance on the network, his campaign told TheWrap simply that, “Mr. Trump is participating in a CNN Town Hall tonight and a FOX News town hall on Wednesday night.”

Note: the campaign did not specifically dismiss the notion that Trump is skipping the town hall over disillusionment with the network, but it’s clear that his team is not pushing that narrative, something the candidate hasn’t been afraid to do in the past.

So why would Trump decide to sit this one out?

Well, for one, he’s already said he’s tired of debates. Which could be seen as a legitimate excuse, though the last time he skipped a Fox News debate he had no problem agreeing to a town hall the same night.

There is another explanation. Thursday night is also the night CNN is hosting its much-hyped face-off between Hillary Clinton and Bernie Sanders ahead of the state’s primary on Apr. 19. The increasingly antagonistic relationship of late between the two Democratic candidates means ratings for that night on any other network are sure to suffer.

And it’s no secret that Trump likes to brag about his ability to bring in the ratings.

And considering he’s already doing two town halls this week, he could be excused for not wanting to do a third back-to-back.