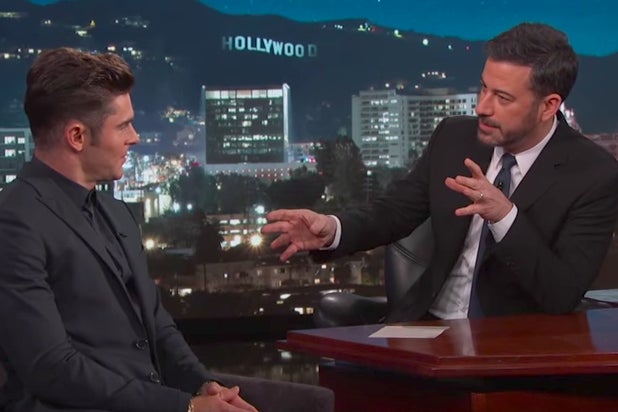 Don’t be coy, Zac Efron — not when it comes to potentially sleeping with the Material Girl.

Jimmy Kimmel hosted the “Baywatch” star on Wednesday night, and the ABC personality really pushed to find out if his guest had sex with Madonna. Hard.

The late-night host-turned private investigator rolled some very flirtatious footage of the two seated together at a recent Madison Square Garden mixed martial arts fight. That’s when the interrogation began.

“Is it possible that she was trying to have sex with you? It is possible that Madonna maybe switched the signs so you’d be seated together?” Kimmel asked. “Madonna is an irresistible person — when she sets her sights on someone, there’s no escaping.”

“She is captivating in that way,” Efron responded. “I can’t confirm nor deny that.”

“Um. Maybe. But there was a lot of moving,” his guest answered. “Everyone was touching everyone.”

That’s when Kimmel rolled some footage from the fight and remarked how much Madonna can be seen touching Efron.

“What do you mean by that?” Kimmel followed. “Did something go on with you and Madonna?”

Efron’s answer to that really had Kimmel giddy. That’s when he started talking about sex parades, like that’s a thing. Watch the video above.