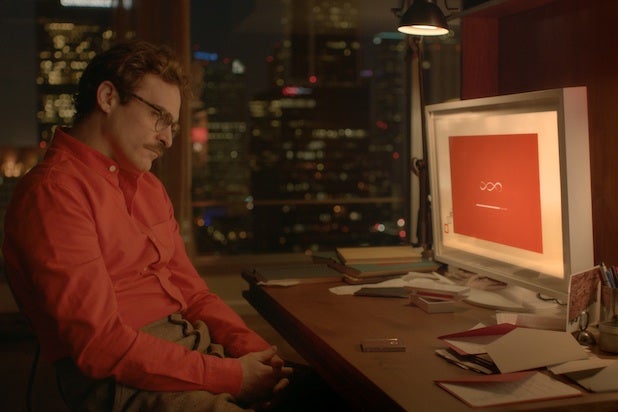 Some of the critics have spoken, and it’s tempting to act as if they’ve told us important things about this year’s Oscar race.

Tempting, but not necessarily true – particularly in a year like this one, with an abundance of strong contenders, almost all of which had enough success in the first week of critics’ kudos to emerge feeling good.

With the caveat that you should never try to read too much into the tea leaves left by the New York Film Critics Circle, the Los Angeles Film Critics Association and their ilk, here are 10 lessons to be drawn from the last seven days of awards-giving:

1. This is not a year for critic-awards sweeps.
Over the last few years, we’ve seen times when one film has unequivocally dominated the critics’ voting. “The Hurt Locker” did so in 2009, and the sheer number of awards it won eventually helped establish it as the alternative to “Avatar,” the little movie that could take down the big movie.

The next year, David Fincher’s “The Social Network” had an even more impressive, and nearly unanimous, run through the critics’ awards – and while that may have helped establish it as the alternative to “The King’s Speech,” it wasn’t enough to persuade Academy and guild voters to forsake that crowd-pleaser for something chillier, more artful and more appealing to critics.

This year, the first week of awards found “American Hustle” winning in New York, “Gravity” and “Her” tying in Los Angeles, and “12 Years a Slave” picking up three awards. (You could throw in the National Board of Review win for “Her,” but that’s not a critics’ group, though it is often lumped with them.)

There’s simply too much good stuff out there for any film to sweep through awards the way “The Hurt Locker,” “The Social Network” and to a lesser degree “The Artist” did.

2. But “12 Years a Slave” remains the leader.
All that talk that the race was over when “12 Years” debuted at Telluride and Toronto was clearly premature. Steve McQueen’s dark, brutal film’s appeal to the Academy and the guilds remains to be seen.

But the film has done what it was expected to do, which is to win most of the critics’ awards so far. It was bypassed by the main groups in New York and L.A., but it won in Boston and among the New York online critics – and so far in the best picture, best director, best actor and best supporting actress categories, it has won more awards than any other film.

3. And “Gravity” has done what it needs to do.
Alfonso Cuaron’s game-changing spectacle doesn’t need to win a lot of critics’ awards – it just needs to remain in the conversation, to be seen as a serious artistic statement rather than just a great popcorn movie. And it did that with best-director wins from L.A. and New York online, with a shared best-picture prize in L.A. and with three cinematography awards for Emmanuel Lubezki.

When you add that much critical respect to more than $630 million in worldwide grosses, “Gravity” is still nestled in the right awards orbit.

4. The Best Actor race is narrowing.
It is one of the most competitive Oscar categories most years, but Best Actor is positively brutal this year. More than a dozen high-profile actors could easily lay claim to deserving a spot among the nominees, and you could make up a formidable slate of nominees from among the men who are scrambling to secure what might be the last open spot: Tom Hanks in “Captain Phillips,” Oscar Isaac in “Inside Llewyn Davis,” Michael B. Jordan in “Fruitvale Station,” Forest Whitaker in “The Butler,” Leonardo DiCaprio in “The Wolf of Wall Street,” Christian Bale in “American Hustle,” Joaquin Phoenix in “Her,” Idris Elba in “Mandela: Long Walk to Freedom” …

But it is quite possible that all but one of those actors will be left out when nominations are announced, because a consensus seems to be tightening around Chiwetel Ejiofor in “12 Years a Slave” (winner of three critics’ awards), Robert Redford in “All Is Lost” and Bruce Dern in “Nebraska” (winners of one each) and Matthew McConaughey in “Dallas Buyers Club.”

There’s not much room left at the inn once you make room for those guys.

5. Cate Blanchett is undeniable.
On the Best Actress side, Blanchett was the presumed frontrunner way back in July, when Woody Allen’s “Blue Jasmine” came out and critics began raving about her turn as the self-destructive, delusional alcoholic sent on a downward spiral by the arrest of her Bernie Madoff-style husband.

And now, five months later, Blanchett is still the presumed frontrunner, easily holding off challengers like Sandra Bullock (“Gravity”) and Meryl Streep (“August: Osage County”). Her performance is so inescapable that even the L.A. Film Critics Association, which lives to single out the darkest of dark horses in this category – between 2009 and 2011, their picks were Yoon Jeong-hee, Kim Hye-ja and Yolande Moreau – could only offer token resistance to Blanchett’s victory parade. LAFCA made her share the award with Adele Exarchopoulos from “Blue Is the Warmest Color.”

6. So is Jared Leto.
The initial attention paid to “Dallas Buyers Club” was for Matthew McConaughey’s 40-pound weight loss in the lead role – but it’s his co-star, who lost just as much weight and had less to lose to begin with, who has been reliably winning awards so far. Aside from one loss to the late James Gandolfini and a tie with James Franco (those LAFCA contrarians strike again!), Leto has dominated in the way that Michael Fassbender (“12 Years a Slave”) was once expected to dominate.

Now, he just has to withstand a late charge from Jonah Hill as a rampaging, seriously unhinged stockbroker in Martin Scorsese’s “The Wolf of Wall Street.”

7. “Her” is sneaking in there.
Lots of people this awards season aren’t entirely comfortable campaigning – you could put Fassbender, Christian Bale, Joaquin Phoenix and Woody Allen in that category. But few films have had quieter launches than Spike Jonze’s “Her,” an utterly beguiling and singular near-future love story between a man and his operating system.

With Jonze laying back after a New York Film Festival premiere, Phoenix off the circuit entirely, Scarlett Johansson filming another movie in Paris and Amy Adams more visible on behalf of “American Hustle,” “Her” has done little but screen – but it has also won over enough people to nab the National Board of Review’s best-picture award, share the LAFCA’s top prize with “Gravity” and get on the board in a number of other categories.

Since the Oscar nominating system rewards movies that can inspire passion rather than consensus, “Her” may have quietly gotten to a very nice position in the race. (But now it might be time to make a little noise?)

8. It’s too early to tell on “The Wolf of Wall Street.”
While initial reports suggested that Martin Scorsese’s three-hour bacchanalia about excess in the financial industry might enter the race and become an instant juggernaut, it hasn’t happened that way. A week after guild screenings began, it made the NBR’s Top 10 list but hasn’t won any critics’ awards.

But that’s not a danger sign, because “Wolf” simply wasn’t ready in time to be seen by some critics’ groups, or to be processed by the ones who did see it. The New York Film Critics voted the morning after seeing the film, and weren’t inclined to rush to judgment; the Boston Society of Film Critics had one morning screening that a hefty percentage of members couldn’t attend, but it still finished a close second to “12 Years a Slave” in best-picture voting.

Doomsayers might be tempted to downplay “Wolf” on Wednesday if it doesn’t show up in the Screen Actors Guild nominations, but Paramount didn’t send out screeners to the SAG nominating committee, and were barely able to screen the film for voters.

Like “Django Unchained,” which entered the race late last year and surprised some by the strength it showed at the Oscars, “Wolf” still has time to make its mark.

9. We don’t have the right kind of information to assess “Saving Mr. Banks” or “August: Osage County.”
Some movies simply aren’t critics’ movies. “The King’s Speech,” for instance, barely won any critics’ awards – but when the guilds started voting, it won everything. So the fact that John Lee Hancock’s “Saving Mr. Banks” and John Wells’ “August: Osage County” haven’t shown up on any lists so far really doesn’t mean a thing. They can still end up with strong constituencies among awards voters – but if so, those constituencies will more likely be among guild and Academy members than critics.

Of course, any awards movie worth its salt will tell you which of those constituencies is more valuable come Oscar time.

10. Finally, none of this means much until the guilds start voting.
It’s always tempting to see the first week of critics’ awards as a bellwether of what’s to come in awards season, to draw lessons from each new round of kudos. But as the saga of “The Social Network” showed three years ago – and as we suggested in item No. 9 – you can’t really tell what’s going to happen until the guilds chime in.

First up, on Wednesday, is the Screen Actors Guild. SAG has its own idiosyncracies: A random sampling of about two percent of the guild is responsible for nominations, and late-arriving films that might otherwise be real contenders can lose out. But the SAG nominations will still tell you far more about which way the wind blows than Thursday’s Golden Globe noms, and the picture will become even clearer in early January when the Producers, Directors and Writers Guilds sound off.

Until then, though, critics are all we’ve got. So let the tea leaves fall where they may.