1. The funniest quote of the week has to go to Michael Bay. “After the three and a half years I’ve spent making these movies, I feel like I’ve had enough of the ‘Transformer’s’ world,” the filmmaker told WENN. “I need to do something totally divergent, something without any explosions.”

Indicating he wanted to do something smaller and more intimate, he added: "It’s easy to go shoot an art movie in a winery in the South of France. But people have no idea how hard it is to create something like ‘Transformers.’ They (the critics) review me before they’ve even seen the movie."

Yes, we do, because you make movies about giant robots and you give ‘em testicles for light relief. But Mikey, do you really think it’s that easy doing a Euro art-wine movie? Just ask Sir Ridley Scott, who had a very bad year indeed with critics and audiences when he and Russell Crowe tried a sophisticated quaffing comedy.

The real rub is that Bay has explosions hard-wired into him. But personally, I’d sanction him doing a few action-infused remakes of stuffy dramas, starting with the musty-old Merhcant-Ivory back catalogue.

"The Remains of the Day After Tomorrow?

2. I have a feeling  Bay might’ve made his decision to bow out after seeing the trailer for “2012," in which Roland Emmerich — who’s been at this sorta stuff since Bay was directing sexytime music videos for Aussie bands — ends the world in just under three minutes from every conceivable angle. Just wondering, um, what’s left for the movie to do? Still, I’m there for it. My only qualms: (a) end-of-the-world overload might snuff out the commercial chances of “The Road” and (b) it looks like an uncredited remix of 1951’s “When Worlds Collide."

3. I read Pauline Kael’s review of 1987’s “The Stepfather” recently and was delighted to see that she adored it. And with good reason. It’s a brilliant thriller shot through with rich black comedy. And Terry Quinn’s fantastic as the nutty title character. The remake, on the other hand, looks like reheated dog food. And it’s funny how they’re even using a cover of the Cars’ "Drive" for “mood." If only all this recycling was somehow environmentally friendly. 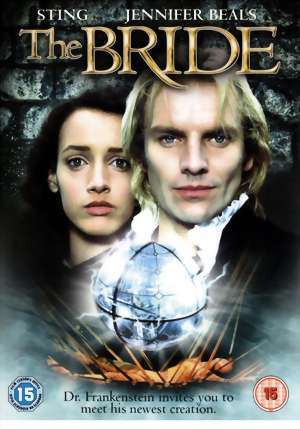 4. “The Bride of Frankenstein” is apparently to be remade from a script by Neil Burger, the gent who wrote the decent but sub-“Prestige” duelling magicians flick “The Illusionist." “Bride” is one of my all time favorite films — a fabulous mix of horror, camp wit, brilliant Gothic set design and Golden Age sophistication — and thus I’m heartily hoping that this misbegotten resurrection project meets the same dead end that a similarly planned remake from the “American Splendor” team did a few years back. And for those who think it might be a good idea, meditate a while at the poster on this:

5. To promote “Funny People," Judd Apatow has launched this to showcase the deliberately naff movies of Adam Sandler’s character of the same name. What, they couldn’t just use actual cuts from, say, the funnyman’s jaw-droppingly awful actual debut “Going Overboard”?

It’s precisely as stupid as the “f—” and “s—” English-Japanese language confusion of “Sayonara Davey!” 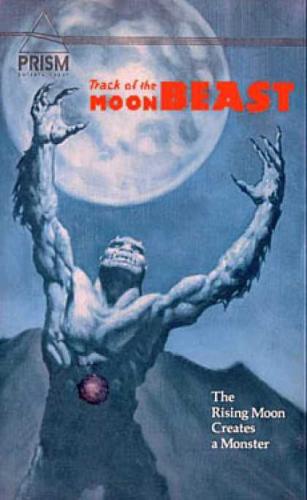 6. Many remarked on the horrible “Final Destination” echoes found in the case of the woman who missed the Air France flight only to die a few days later in a car crash. Less remarked on was the curious case a few days later of German boy Gerrit Blank who survived being hit by a tiny meteor travelling at 30,000 mph.

But those who’ve seen “Track of the Moonbeast” know what fate awaits young men hit by such far-out fragments — a slow, hideous transformation into an atomic where-lizard who prowls the deserts in search of human victims! Followed by decades of people watching your story parodied by the "Mystery Science Theater 3000" team.

7. Did Obama swat a fly or did he in fact coolly thwart an assassination attempt orchestrated by an as-yet-unknown Bond-style villain using one of these?

Darkly, another conspiracy theorist posited that indeed some sort of “assimilation” had occurred, leading to this frightening prospect of a Commander-In(sect)-Chief.

8. In the movie/TV memorabilia stakes, this PHOTOCOPY of a prop file used in “Prison Break” — complete with a PHOTOCOPY of the Certificate of Authenticity — might have to go down as the least inspiring collectible ever offered on eBay. Awesomely, last I checked, there was actually a bidder who’d pushed the price up to $0.02! Best of all – that this series of photocopies is listed as RARE. Get in fast, fans, because at this price it won’t last (until it’s PHOTOCOPIED again)

9. Scan the web, studios, and see the level of frustration rising up from film fans, especially when something like a “Teen Wolf” remake is under way – as it is, according to Moviehole.

Again, I direct you to one solid reason why messing with this is just silly.