1. If you thought that “Transformers: Revenge of the Fallen” couldn’t be any dumber, then hold your breath and check your brain cells at the door for this: “Transmorphers: Fall of Man.” Yes, it’s the long-awaited sequel to “Transmorphers” from those geniuses at the Asylum! Before you mock too hard, ask yourself (a) how much these guys spent on their Giant F—ing Robot Movie and (b) um, what, exactly is Michael Bay for again?

2. Hate to be all “I told you so,” but 18 months ago I wrote a piece that mockingly called for five videogame adaptations. This week, one of them, “Asteroids," came true. What’s next? “Ms Pac Man” is my bet …

3. Like Robin Williams? Don’t read this! Avert your eyes! Sydney artist Raquel Welch opened her show “I Hate Your Guts” last night at the Black & Blue Gallery. It offers the very finest in satirical hand-stitched portraiture lampooning the man behind “License to Wed” and “Mrs Doubtfire." “With each portrait depicting a different film character played by this excruciatingly annoying comic, Welch intends on making the audience understand just how much she loathes Robin McLaurim Williams.” I suspect that they’re actually lovers. 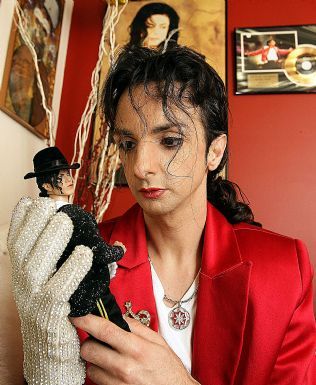 5. And — sorry folks — still in Sydney, various Aussie writers are reportedly trying out for the new “Star Wars” TV series that takes place between the two trilogies. Reportedly, scriptwriters of local shows “Love My Way” and “The Secret Life of Us” have been showing their stuff to producer Rick McCallum. No offense, and they’re terrific programs, but I’m looking forward to this … just, you know, set on Tatooine and with more Jar-Jar Binks and light sabers.

7. You know, I generally hate celebrity spokespeople, but Karl Malden made American Express part of my early childhood belief system. And when I took my first overseas trip, I bought the travellers checks. They were accepted everywhere, just like he said. Vale, big guy.

8. Comic-Con is but a few weeks distant, and buzz is building that the 24 minutes of “Avatar” shown at Amsterdam’s Cinema Expo will be unveiled for 6,000 fans. In which case, you’ll probably be able to hear the roar from where you’re sitting right now. A poster for “Avatar” at Comic-Con is up at ComingSoon.net, where you can also read what they thought of the Amsterdam footage … I can’t wait to see what the guys at the Asylum come up with in terms of a straight-to-DVD, starring C. Thomas Howell rip off! My guess? “Avatard."

9. Back in my day – when wearing an onion on your belt was part of the fashion — there was serious discussion about what a movie like “The River’s Edge”
had to say about youth and society.

Nowadays, young movie dudes don’t affectlessly kill girls and not report it to the adults — they discover zombie chicks in abandoned mental asylums and turn ‘em into sex slaves while emoting about it like Zach Braff. Which reminds me, have you head the Shins do a live version of “Pound You Like a Pound of Rotten Beef”? It’ll totally change your life!

10. You’ve heard of “Pride and Prejudice and Zombies” and “Pride and Predator”? Well, we can exclusively report on the latest mash-up of a public-domain masterpiece and genre staple … “G.I. Jane Eyre”! Amazingly, Demi Moore has taken time out from her busy Twittering schedule to reprise the “Suck my dick!” role she did for Ridley Scott … while wearing leftover costumes from “The Scarlet Letter." Here’s an early look. Subtle! [Thanks, Luke, for the Photoshoppery!] 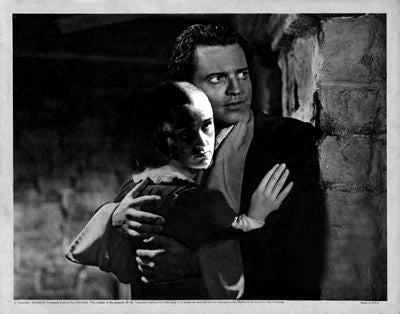