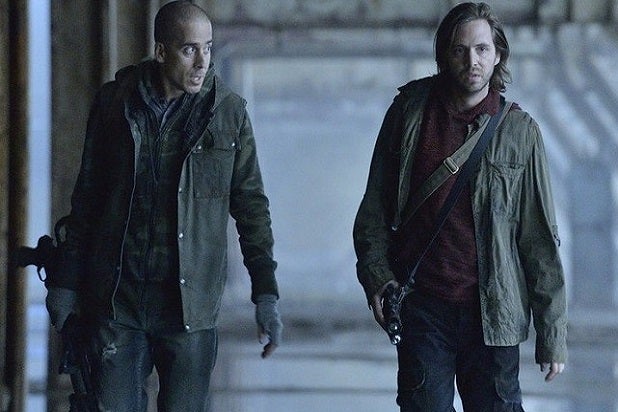 Syfy has renewed sci-fi drama “12 Monkeys,” which is based on the film of the same name, for a second season, which is expected to air next year.

The second season of the time-traveling thriller, which stars Aaron Stanford (“X-Men: The Last Stand”), Amanda Schull (“Suits”) and Kirk Acevedo (“Dawn of the Planet of the Apes”), will see a shakeup in the producers’ roster. With executive producer Natalie Chaidez preparing her next Syfy series “Hunters,” Terry Matalas and Travis Fickett, who co-executive produced and wrote the “12 Monkeys” pilot, will serve as executive producers and showrunners of the series.

See video: Aaron Stanford Is a Blast to the Past in Latest ’12 Monkeys’ Trailer

The current first season of “12 Monkeys” has reached 15 million viewers, with its most recent episode on March 6 attracting 1.5 million total viewers, a 6 percent increase over the previous week.

“We are absolutely committed to ’12 Monkeys,’ and have been incredibly impressed by the outstanding critical and audience praise the series has earned,” Syfy president Dave Howe said. “The talent both on and off-screen have delivered a series that has us all on the edge of our seats, providing exactly the smart, exciting storytelling Syfy is known for.”

#12Monkeys will be uncaged for a 2nd season! RT if you will be splintering with us next year! http://t.co/Xh1KChNf1J pic.twitter.com/wr63MMKJTX

“12 Monkeys” is produced by Universal Cable Productions in association with Atlas Entertainment, who produced the original film.‎