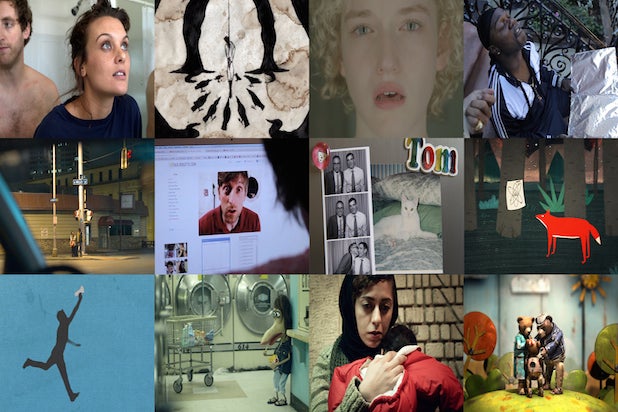 The Shortlist Film Festival invaded the YouTube Space LA Tuesday, after filmmakers from around the world submitted their projects, TheWrap narrowed the field to 12 finalists.

Now in its fourth year, the Shortlist added a new category for an original film, titled Pepsi’s Creators League, which chooses one new short, up to five minutes in length.

Read TheWrap’s interviews with the 12 finalists below.

Director Frankie Shaw took inspiration from her own life, in which she struggled as a single mom.

A trip to Berlin changes a man’s preconceived notions about Germans.

Also Read: Hollywood Loves Proof-of-Concept Shorts, But Where Are the Movies?

“One of our intentions was to offend,” director Shaka King says.

Director Ali Asgari’s film focuses on women in strict societies who fight for their right to have children unconventionally.

In Gabriel Osorio’s short, a bear is a stand-in for his grandfather during the bloody Pinochet regime in Chile.

Nobody was more surprised than director Ben Aston when his film, made in two weekends for 50 pounds, became a festival hit.

Writer-director Ian Samuels combines puppetry, animation and live action for his look at an ultimate outsider.

A young couple having sex in a car realizes that there are no more condoms left.

The four-minute film traces a day in the life of chefs-to-be as they slice, baste and whisk their way to rehabilitation.

“The thing that really stood out was his resolve to live on,” says director Mike Rauch of Marine Lance Cpl. Travis Williams.

The main character gets mugged, and instead of letting it go, decides to confront her attacker.