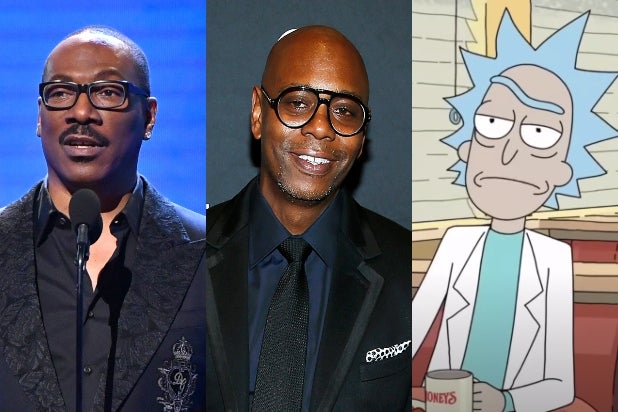 The first trophy of the night went to “Rick and Morty,” the year’s Outstanding Animated Program. The final award went to ESPN’s “The Last Dance,” which beat out “Tiger King” and “McMillion$” in the documentary series category.

Plenty transpired between those awards, which were announced more than two hours apart. One lowlight came when the cable presentation’s voiceover accidentally announced the wrong winner for Guest Actor in a Drama series. Sorry Jason Bateman, it wasn’t actually you.

Find all of the 2020 Creative Arts Emmys winners, ranked by the number of trophies per project, here. For individual (themed) evenings, click on one of the below four nights.

Outstanding Casting for a Limited Series, Movie or Special
“Watchmen”

Outstanding Choreography for Variety or Reality Programming
Al Blackstone, “So You Think You Can Dance”

Outstanding Children’s Program
(TIE) “Jim Henson’s The Dark Crystal: Age of Resistance” and “We Are the Dream: The Kids of the Oakland MLK Oratorical Fest”

Outstanding Guest Actor in a Drama Series
Ron Cephas Jones, “This Is Us”

Outstanding Sound Mixing for a Comedy or Drama Series (One Hour)
“The Marvelous Mrs. Maisel”

Outstanding Stunt Coordination for a Drama Series, Limited Series or Movie
“The Mandalorian”