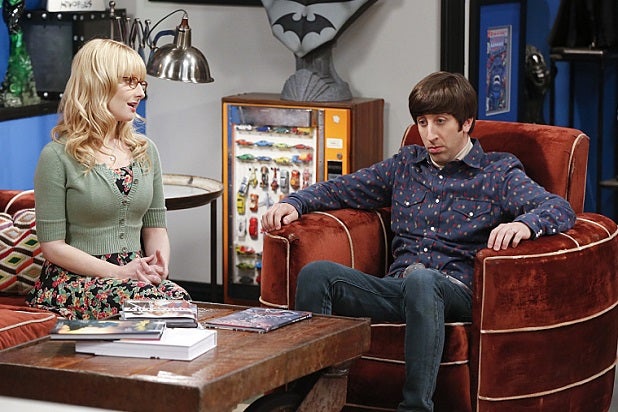 SPOILER ALERT: DO NOT READ ANY FURTHER IF YOU DON’T WANT TO KNOW WHAT HAPPENED ON THURSDAY’S “BIG BANG THEORY”

Sniff; did it get a little dusty in the room during this week’s “Big Bang Theory”?

The CBS sitcom bid a touching farewell to Mrs. Wolowitz — played by Carol Ann Susi, who died at age 62, in November, on Thursday.

The episode, dubbed “The Comic Book Store Regeneration,” delivered its share of laughs, but mixed in with the yuks were a few tearjerker moments that seemed determined to put tennis ball-sized lumps in viewers’ throats.

Here are the three biggest moments from Thursday’s “Big Bang Theory,” in chronological order (and in ascending order of sob-inducing ability).

Howard’s Furniture Tantrum
Howard Wolowitz (Simon Helberg) was justifiably upset when he discovers that Stuart (Kevin Sussman) has taken his mother’s furniture for his newly reopened comic-book store. Howard reminisces about his childhood, though angrily so, while upbraiding Stuart, yelling, “Why don’t you just clean out the whole room? Take the string-art clown I made her in third grade and the ribbon I got in swim class for putting my face in the water?” It was most poignant because we knew what’s coming next, which was…

Howard Gets the Bad News
Howard discovers that his life will never be the same again in a phone call from his Aunt Gladys, who Mrs. Wolowitz has been visiting in Florida.

“That was my aunt; Ma took a nap, and she never woke up,” Howard reveals in stunned silence.

For what might be the first time in series history, Sheldon (Jim Parsons) interjects in a non-annoying way: “When I lost my own father, I didn’t have any friends to help me through it. You do.”

The Toast
The episode ends with the gang gathered in the living room, offering their rememberances of Mrs. Wolowitz. Leonard (Johnny Galecki) caps it off by leading everyone in a toast.

“To Mrs. Wolowitz … loving mother, to all of us,” Leonard intones with his wine glass hoisted. “We’ll miss you.”