Need more evidence of the rampant political polarization that’s tearing at the fabric of America?

Yeah, we didn’t either, but here it is anyway.

A tribute to deceased former 3 Doors Down guitarist Matt Roberts was besieged by critics of the group on Friday, following news that the group will perform at Donald Trump’s inauguration.

The tribute was posted Wednesday to commemorate what would have been Roberts’ 39th birthday.

“Tuesday was your birthday. You would’ve been 39 years old. To even try to remember all the things we experienced together……more than most will ever see. Good times, bad times…..always my brother. Rest easy,” the group posted to Instagram this week.

Tuesday was your birthday. You would’ve been 39 years old. To even try to remember all the things we experienced together……more than most will ever see. Good times, bad times…..always my brother. Rest easy. – @brad3doorsdown

A lovely sentiment — and one that was drowned out by partisan bile on Friday.

“Sorry to say. They are true sellouts…..,” another detractor wrote.

“I’m sure you guys could use the extra cash but come on guys… this is a whole new level of desperation,” went another lament.

And then there was, “F–k you guys! Never buying ur music again.”

Roberts was found dead in his Wisconsin hotel room in August. According to his father, he was scheduled to perform at a charity event outside Wisconsin.

The musician’s father also said that prescription pills were involved, but he believed the overdose was accidental.

In November, West Bend, Wisconsin police said that Fairhope, Alabama-based Dr. Richard Snellgrove had been arrested and indicted in relation to the death. Snellgrove allegedly provided five prescriptions to Roberts for methadone, hydrocodone, lorazepam and fentanyl.

On Friday, it was announced that the group, which Roberts left due to “health and circulation problems,” according to the band’s website, would perform at an inauguration concert event at the Lincoln Memorial in Washington, D.C., on Jan. 19. 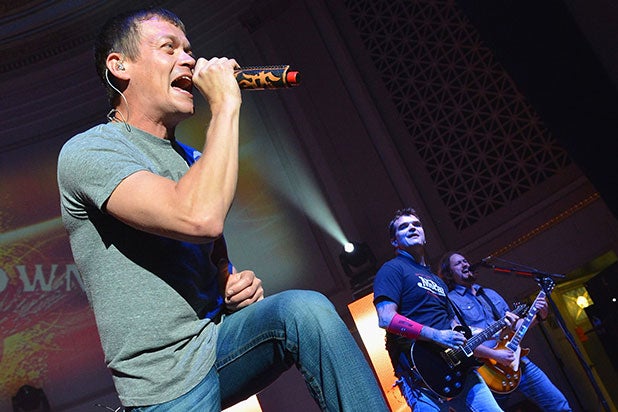