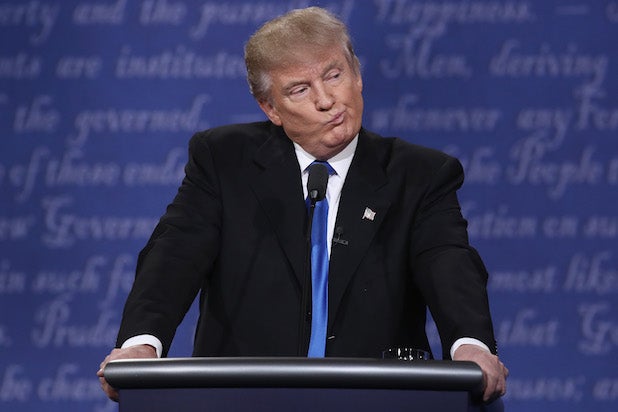 The Hill reported that the letter complains Trump lacks the “intelligence” and temperament to be president, while pointing out that the letter includes numerous Republicans opposing Trump publicly for the first time.

“Our party’s nominee this year is a man who makes a mockery of the principles and values we have cherished and which we sought to represent in Congress,” the group said.

“Given the enormous power of the office, every candidate for president must be judged rigorously in assessing whether he or she has the competence, intelligence, knowledge, understanding, empathy, judgment, and temperament necessary to keep America on a safe and steady course,” the group continued. “Donald Trump fails on each of those measures, and he has proven himself manifestly unqualified to be president.”

The letter concludes: “Donald Trump’s unfitness for public office has become ever more apparent, we urge our fellow Republicans not to vote for this man whose disgraceful candidacy is indefensible. This is no longer about our party; it’s now about America. We may differ on how we will cast our ballots in November but none of us will vote for Donald Trump.”

Back in August, 50 senior Republican national security officials said Trump “lacks the character, values and experience” to be president and “would put at risk our country’s national security and well-being,” according to the New York Times.

Kathleen Hartington Kennedy Townsend recently said former president George H.W. Bush told her that he will vote for Hillary Clinton. In May, a spokesman for Bush’s son, 43rd President of the United States George W. Bush, said he “does not plan to participate in or comment on the presidential campaign,” making it four cycles worth of former Republican presidents who will not endorse Trump this year.