On Feb. 1, 1978, mere hours before he was to be sentenced for drugging and sexually assaulting a 13-year-old girl, Roman Polanski jumped on a European-bound flight out of LAX and beyond the grasp of American justice.
On Sept. 26, 2009, America said it wanted him back — and the Oscar-winning director, who three decades before felt he was about to receive some very rough justice, was taken into custody by Swiss officials in Zurich on an extradition request.
Since posting a bail of almost $5 million in early December, the 76-year-old Polanski has been under house arrest in his Gstaad chalet as his Los Angeles defense lawyers, the L.A. district attorney and the courts have fought it out in court.
Far more tragedy than farce or even drama, TheWrap lays out what is going on in the case of Roman Polanski — the process, the players and where it could go next.
1. WHAT HAPPENS NEXT?
Having gone almost as far as the case can in the American courts right now, everyone, from the L.A. district attorney to the departments of Justice and State to the defense and Polanski himself, is waiting to see what the Swiss will do.

On the surface, the case is pretty cut-and-dried.
“If and when we have decided that all conditions for an extradition are fulfilled, we will order the extradition,” Swiss Justice Ministry spokesman Folco Galli told TheWrap. “If we decided that the conditions have not been met, we will not order Mr. Polanski’s extradition.”
Beyond that, the realities of the case before the Northern European nation are far from simple.
For one thing, it has become a political hand grenade in Switzerland. Justice Minister Eveline Widmer-Schlump has said she will take total responsibility for the outcome, but no one can ignore that polls find a deep split among the public about whether the government should even consider handing Polanski over to America under a treaty the two countries have.
Secondly, it turns out that the Swiss want more information and more documents from the U.S. before they are willing to even start to make a decision. What further info they could supply is unknown.
What is clear is that the Swiss are going to move this along according to their own system of due process. Which means that even if the decision to extradite is handed down soon, Polanski still has 30 days to appeal.
That process alone could take several months and then Polanski could, if the decision was to extradite him, go all the way up to the Swiss Supreme Court.
One thing is clear: Swiss justice, once finally exhausted, will be precise. “Once there is a final decision,” Swiss Justice Ministry’s Galli informed TheWrap, “based on the treaty, Mr. Polanski has about one week to 10 days to be escorted out of the country.” 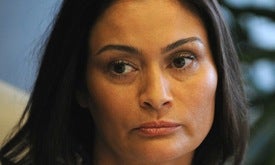 2. WHAT ROLE COULD CHARLOTTE LEWIS PLAY?
The announcement on May 14 by British actress Charlotte Lewis that Polanski assaulted her in his Paris apartment in 1982 when she was 16 is — while shocking — a bit more smoke than fire right now.
Lewis, who was not underage according to French law when the incident occurred, was fairly open to the French press 10 years ago about having an affair with Polanski in the early ‘80s while working on his movie “Pirates.” And Gloria Allred, Lewis’ L.A. lawyer, has said there are no plans for any further legal measures on the part of the 42-year-old actress at this point.
Allred also has said, and the D.A.’s office confirmed, that she and her client met with Deputy D.A. David Walgreen and an investigator from the LAPD. And that is actually where a lot of what she said at the May 14 press conference begins and ends.
“This means Charlotte’s allegations,” Allred said, “are relevant on the issue of sentencing.”
And Lewis’ story sent a flaming message clear across the Atlantic to the Swiss: “You are harboring a serial rapist, hand him over."
3. HAS HOLLYWOOD TURNED ON POLANSKI? 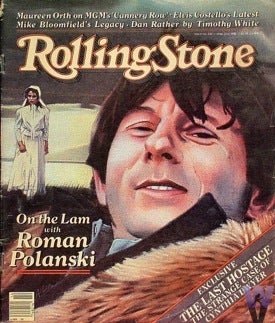 Tinseltown, as the resurrection of numerous stars and power players has revealed over and over, will forgive almost anything if you show a bit of humility and a lot of box office. There is no doubt that if Polanski, whose last film “The Ghost Writer” did very well in limited release, could strike a deal with the D.A. and do a little charity work, the director could be working on a studio lot tomorrow.
Remember, this is the town that gave him an Oscar and a standing ovation in 2003 for “The Pianist.”
Well, how times do change. Of late, Hollywood has gone quiet on the case … at least publicly. There are no more demands for release from the likes of David Lynch, Debra Winger and Martin Scorsese. No more open letters from Harvey Weinstein saying, "Whatever you think of the so-called crime, Polanski has served his time."
Long story short: Hollywood, as the scorching backlash that quickly followed made clear, has realized it was woefully out of touch on this one.
Still, not all of Hollywood has kept its distance. In what could be considered the haiku equivalent of the morality defense, Woody Allen recently told French radio, “It’s something that happened many years ago. He has suffered … He was embarrassed by the whole thing."
Of course, when a man who had an affair with his long-term girlfriend’s adopted teen daughter comes out claiming embarrassment for someone who by his own admission had a thing for underage girls, it doesn’t exactly raise the role-model tone.
Michael Douglas bluntly offered a clearer sense of how the tide has turned when he said he would not sign a circulating Cannes petition of support for "somebody who did break the law.” 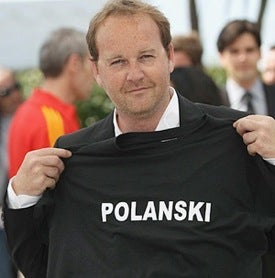 4.  SO WHY DOES EUROPE DEFEND POLANSKI?
While European public opinion is divided, a number of the continent’s directors and filmmakers have used the ongoing Cannes Film Festival to rally the Swiss not to extradite Polanski.
Posted May 12 on Bernard-Henri Levy’s La Regle du Jeu site, where Polanski’s 908-word self-defense appeared on May 2 (see below), Jean-Luc Godard, Bertrand Tavernier and Mathieu Amalric were among those who signed a petition stating that because “ the United States’ extradition request is based upon a lie, they hereby appeal to the Swiss authorities, entreating them not to believe the word of Governor Schwarzenegger and the prosecutors of the state of California.”
And on May 16, former French Culture Minster Jack Lang advocated France putting direct pressure on the Swiss not to extradite Polanski. The reopened case, he said, is a farce “that’s contrary to the idea that Europe has of justice.”
Cannes may have limboed even lower when director French director Xavier Beauvois, whose “Of Gods and Men” is in competition, started getting his picture taken on May 18 with a T-shirt emblazoned with the word “Polanski.”
5. IS POLANSKI HIS OWN WORST ENEMY?
Ultimately, nobody plays the victim in this whole sordid affair as much and as badly as Polanski himself. Arrogant and indignant over his fate, he has done almost everything possible to lose public and judicial approval. 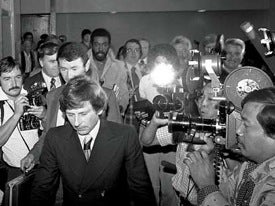 He’s said the victim, who received a settlement payment, has forgiven him, so why can’t the court? He has had his lawyers claim betrayal, cover-ups and misconduct but never disputes the fundamentals of the crime or the case or the fact he fled justice when he didn’t like the way it was turning.
In a breathless online post on May 2, Polanski broke his personal silence, asking for fairness and not “to pity my lot in life.” Unfortunately, he then went on, with a litany of slights, injustices and financial woes, to do exactly that.
He claimed the extradition was all a witch hunt by D.A. Steve Cooley because Cooley, who is running for the GOP nomination to be California’s Attorney General, is “campaigning for election and needs media publicity.”
He said all that, but not once did he say, “I was wrong.”
The fact is, Roman Polanski could end all this tomorrow by showing up in U.S. court with a heartfelt “sorry” and make his case on its legal merits.
He might end up in jail, he might receive probation, he might be considered under outstanding circumstance, who knows.
But it would be finally done.