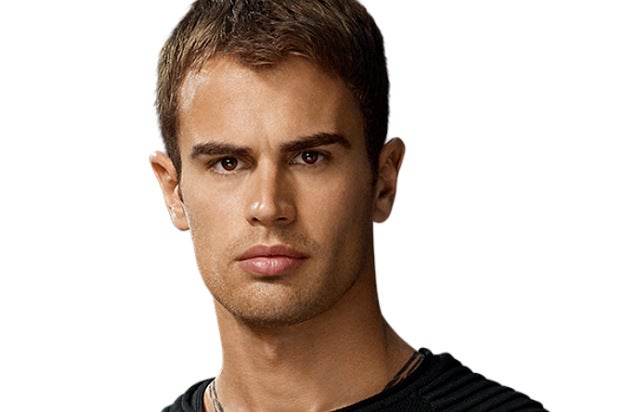 Movie stars may have lost some of their primacy to special effects and superheroes, but there are still plenty of blazing young talents waiting in the wings, hungry for the chance to be the next Robert Downey Jr. or Jennifer Lawrence.

All it takes is the right project for a promising actor to become a household name. Names such as Theo James or Imogen Poots may be met with blank stares now, but that will change if “Divergent” and “Need for Speed” are embraced by audiences over the next few months.

Not every next bright thing gets a chance to shine, but here are five up-and-comers TheWrap has its eye on.

GABRIELLA WILDE
How she’ll spend her winter: Romancing a boy from the wrong side of the tracks in “Endless Love” (Feb. 14).
Upcoming: Playing a homeless addict in the indie drama “Squatters.”
Why she’s about to break through: The first “Endless Love” made audiences fall in love with Brooke Shields. Its remake should pull off a similar trick for this English model turned actress. Wilde has impressed in supporting roles in such films as “Carrie” and “The Three Musketeers,” but now the spotlight is turned squarely on her and her chemistry with co-star Alex Pettyfer should guarantee that it catches sparks flying.

TONY REVOLORI
How he’ll spend his spring:  Checking an eccentric collection of guests into Wes Anderson’s “The Grand Budapest Hotel” (March 7).
Upcoming:  Nothing announced, but he’ll likely field offers after having one of the lead roles in the beloved indie auteur’s latest confection.
Why he’s about to break through: As a cosmopolitan concierge, Ralph Fiennes may get the best lines, but as the trailer for “The Grand Budapest Hotel” makes clear, it’s Revolori who provides the film’s soul. In the quirky comedy, he gets to face off against a cornucopia of acting titans such as Edward Norton, Bill Murray, Tilda Swinton and Jude Law. After that kind of master class, Revolori should be prepared for anything Hollywood throws his way.

THEO JAMES
How he’ll spend his spring:  Helping Shailene Woodley navigate a futuristic dystopia (is there any other kind?) in “Divergent” (March 21).
Upcoming: “London Fields,” an adaptation of Martin Amis’ novel that will see the young actor sharing the screen with Billy Bob Thornton and Amber Heard, and “Franny,” a drama about a meddlesome philanthropist (Richard Gere). There’s also several sequels planned for “Divergent” that should keep James’ dance card filled into the foreseeable future.
Why he’s about to break through: Lionsgate is launching “Divergent” at the same time of year that the studio unveiled “The Hunger Games.”  Clearly, it thinks it has the next big young adult franchise on its hands. Those kinds of projects have the way of raising the profiles of everyone associated with them. If James resonates with fans of Veronica Roth’s novels, he could be the next Robert Pattinson.

IMOGEN POOTS
How she’ll spend her winter and spring: Seducing Zac Efron in “That Awkward Moment” (Jan. 31) and avenging the death of Aaron Paul’s friend in “Need for Speed” (March 14).
Upcoming: The British beauty is stacking up a pile of buzzy projects. Among the more notable additions to her resume are Todd Fields’ adaptation of the best-seller “Beautiful Ruins,” Terrence Malick’s latest meditation on nature “Knight of Cups” and acting alongside Pierce Brosnan in the big screen version of Nick Hornby’s  “A Long Way Down.”
Why she’s about to break through: Her previous roles in “Fright Night” and “The Look of Love” have demonstrated that she’s more than a pretty face. She has real acting chops and an impressive range, as evidenced by the fact that she’ll help anchor both a romantic comedy and a video game adaptation in short order. All she needs is the right mainstream vehicle, and she of the oddest name since Benedict Cumberbatch could soon find herself with similar cross-over appeal.

See video: Zac Efron, Miles Teller, Michael B. Jordan Bromance Each Other in ‘That Awkward Moment’

FRANK GRILLO
How he’ll spend his spring: Causing headaches for a certain patriotic super soldier in “Captain America: The Winter Soldier” (April 4).
Upcoming: Exploring the downside to anarchy in “The Purge 2,” the follow-up to last summer’s low-budget horror phenomenon. Plus, his “Captain America” character Crossbones has the potential to pop up in future Marvel movies.
Why he’s about to break through: As films such as “The Grey” have demonstrated Grillo has charisma to spare. He’s one of the few actors who can convincingly play the tough guy. Having the look of a natural born bruiser should come in handy for his “Captain America” role as a street fighting assassin. If anyone can go toe-to-toe with Chris Evans, it’s Grillo.