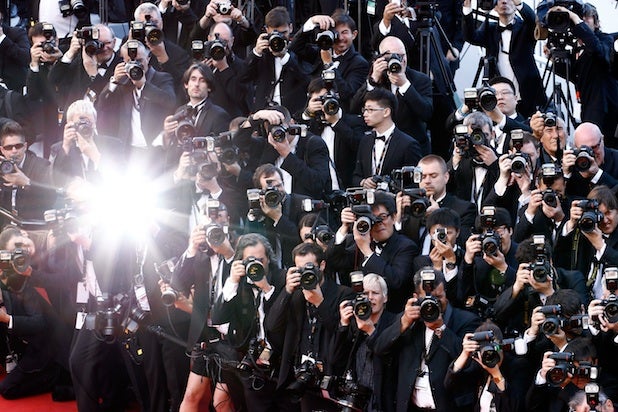 The 2014 Cannes Film Festival kicks off in less than two months, which means that it’s time for the world of independent and international cinema to engage in a parlor game that takes place every March and April: guessing which directors will make the cut this year, and which stars will walk the red carpet.

At this point, this is all speculation: to date Cannes has only announced its opening-night film, the Nicole Kidman-starring “Grace of Monaco,” which the Weinstein Co. bumped from its original 2013 release. The competition lineup won’t be revealed until April 17, with most of the other programming announced around the same time.

Until then, we can guess, wonder, and ask some burning questions.

1. What big movie stars will be there?
The heart of Cannes may be more about arthouse auteurs than shiny stars, but the festival is also a huge photo op that loves celebrities. While “Blue Is the Warmest Color” was winning the Palme d’Or last year, for instance, Paris Hilton was grabbing headlines for showing up at the premiere of “The Bling Ring.”

Some of the biggest stars typically come for out-of-competition premieres of Hollywood productions, with Kidman and “Grace of Monaco” no doubt giving this year’s fest a blast of star power on opening night.

And one or two more non-competition films will likely provide more of the same – including, possibly, Disney’s “Maleficent,” which could bring Angelina Jolie (and maybe her husband, too) to the South of France to show everybody what real movie stars are.

But elsewhere, plenty of stars could also be on hand for films that might be part of the main competition, which usually consists of about 20 films.

Cannes could even have a rerun of “Twilight” costars Kristen Stewart and Robert Pattinson returning to the Croisette with different projects, the way they did two years ago with “On the Road” and “Cosmopolis.” This time, she’s in French director Olivier Assayas’ eagerly-awaited “Clouds of Sils Maria” with Chloe Grace Moretz and Juliette Binoche, while he’s in two potential Cannes films, David Cronenberg’s “Maps to the Stars” and David Michod’s “The Rover.”

And if HBO wants to use Cannes to launch a TV movie that will debut on the network shortly after the festival, the way it did last year with Steven Soderbergh’s “Behind the Candelabra,” it has Ryan Murphy’s AIDS drama “The Normal Heart,” with Julia Roberts, Matt Bomer, Alfred Molina and Taylor Kitsch.

2. Will Terrence Malick have a movie ready?
Maybe Cannes programmers don’t play a waiting game with the elusive Malick every year, but it seems as if they do. “The Tree of Life,” after all, was rumored to be in the running for a festival slot the year before it finally debuted in 2011, winning the Palme d’Or. And every time Malick is working on a movie — which, in recent years, he’s been doing constantly — he’s thought to be a prime candidate for the fest.

This year, Malick has two films that could conceivably make the cut. One, titled “Knight of Cups,” stars Christian Bale, Natalie Portman and Cate Blanchett; its tagline on IMDb reads “a man, temptations, celebrity and excess.”

The other, shot back-to-back with the first, was once titled “Lawless” but is currently untitled, and features Bale, Portman, Blanchett, Ryan Gosling, Michael Fassbender and Rooney Mara, among many others. It has been described as a “musical drama” about two couples in Austin.

Cannes would no doubt love to welcome back the reluctant Malick, who didn’t make it to his own “Tree of Life” press conference and sent Jessica Chastain to pick  up his Palme — but will either of the films be ready? There’s no word from Camp Malick — and in the case of this guy, it’s safest to assume that we’ll have to wait ’til next year … or the year after that.

3. Will they speak English on the Croisette this year?
Last year’s competition lineup featured four films from the United States — “Inside Llewyn Davis,” “Nebraska,” “The Immigrant” and “Behind the Candelabra” — and a number of other English-language entries, including “Only Lovers Left Alive” and “Only God Forgives.” The year before, five American films made the cut.

The strong English-language showing was a step up from 2010 and 2011, when only one and two U.S. films were part of the competition, respectively. And it could conceivably continue this year, because Malick  isn’t the only American filmmaker with projects that might be ready to go.

The highest-profile possiblity — at least the highest-profile in indie film circles — is Paul Thomas Anderson’s followup to “The Master,” “Inherent Vice.” But that film seems unlikely to be ready in time, meaning it’s probably destined for one of the fall festivals: Venice, Telluride, Toronto or New York.

Former Cannes jury president Tim Burton is finishing the intriguing “Big Eyes,” with Christoph Waltz and Amy Adams, but timing may be a problem there, too. Bennett Miller’s “Foxcatcher,” with Steve Carell and Channing Tatum, is further along (it was originally scheduled for 2013), as is “The Homesman,” a drama from actor-director Tommy Lee Jones, whose “The Three Burials of Melquiades Estrada” won two awards at Cannes in 2005.

Other possibilities (though they may be longshots for the main competition) include Ryan Gosling’s directorial debut, “How to Catch a Monster,” veteran filmmaker Bogdanovich’s “Squirrel to the Nuts” and Baumbach’s “While We’re Young.”

(This doesn’t include U.S. films in out-of-competition slots, which could easily go to the likes of “Maleficent,” Clint Eastwood’s “Jersey Boys” or DreamWorks Animation’s “How to Train Your Dragon 2.”)

4. Could Woody Allen use Cannes as his comeback?
Never the most social filmmaker, Allen has premiered four films at Cannes in the last nine years — including “Midnight in Paris,” which served as the festival’s  opening-night attraction in 2011 shortly before it became his top-grossing movie ever.

His new film, “Magic in the Moonlight,” would seem an ideal entry for Cannes: It takes place in the south of France in the 1920s, with a cast that includes Colin Firth, Emma Stone and Marcia Gay Harden. Like “Midnight,” it’ll be a Sony Classics release in the U.S., with a likely summer opening.

The timing and the French setting mean it’s perfect for Cannes — but the media spotlight around the festival also means that Allen would be hard-pressed to make an appearance without stirring up a whole new round of stories about the recent abuse allegations. Cannes would be a way for him to show that he’s not letting the controversy affect him, but it’d also be a potential ordeal for a man who only reluctantly courts publicity in the best of times.

5. Will we have a repeat winner of the Palme d’Or?
It’s hard to predict who will win Cannes’ top prize when we don’t even know who’ll be in the running, but the conversation has begun anyway. Journalist Neil Young has already posted odds, in fact, with Nuri Bilge Ceylan’s “Winter Sleep” currently occupying the top spot, followed by Roy Andersson’s “A Pigeon Sat on a Branch Contemplating Existence,” Abderrahmane Sissako’s “The Pain of Birds,” Andrey Zvyagintsev’s “Leviafan” and then six other films, including Cronenberg’s “Maps to the Stars,” John Boorman’s “Queen and Country” and Assayas’ “Clouds of Sils Maria.”

(An aside: Between “The Pain of Birds,” “A Pigeon Sat on a Branch,” Inarritu’s “Birdman” and Pascale Ferran’s “Bird People,” this could really be the year that Cannes goes to the birds.)

Cannes has its favorite filmmakers who return to the competition year after year, and a number of them could be part of the competition again this year. Jean-Pierre and Luc Dardenne, for instance, could win a record-breaking third Palme if “Two Days, One Night” gets into the competition and is a hit with jury president Jane Campion and her yet-to-be-revealed panel.

Or the Serbian director Emir Kusturica could accomplish the feat: He won nearly 30 years ago for “When Father Was Away on Business” and a decade after that for “Underground,” and he has been rumored to be a contender this year with “On the Milky Road.”

Also possible are past winners Malick, Mike Leigh (who won for “Secrets & Lies”) with “Mr. Turner”,  Wim Wenders (“Paris, Texas”) with “Everything Will Be Fine,” Ken Loach (“The Wind that Shakes the Barley”) with “Jimmy’s Hall” and Laurent Cantet (“The Class”) with “Retour a Ithaque.”

Even Apichatpong Weerasethakul, whose “Uncle Boonme Who Can Recite His Past Lives” was one of the strangest Palme winners of recent years, is presumed to be back on the Cannes radar with “Cemetery of Kings.”

Of course, they can’t win unless they get into the competition and wow the jury. So for a few more weeks, we’ll just have to make like Terrence Malick fans … and wait.