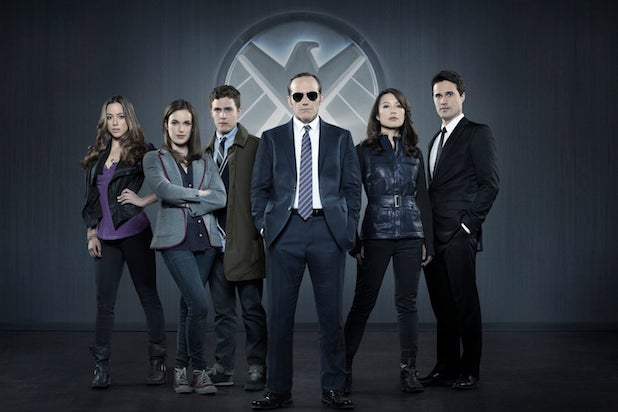 Cobie Smulders, the “How I Met Your Mother” star who also played agent Maria Hill in “The Avengers,” makes a cameo in one of five new clips from ABC’s “Marvel’s Agents of S.H.I.E.L.D.” And Clark Gregg — otherwise known as S.H.I.E.L.D. agent Phil Coulson — gives the Black Widow, the Avenger played by Scarlett Johansson, a shout-out in the same scene.

The clip features Gregg assigning Brett Dalton, who plays agent Grant Ward, to a new team responsible for investigating the new, the strange, and the unknown across the globe in order to protect the ordinary from the extraordinary. Ward isn’t thrilled to be part of “a welcoming committee,” which is what he interprets the special team to be.

“I know it’s not what you want. Agent Hill did a very detailed assessment of your last three missions. Combat? Top grades Espionage? She gave you the highest marks since Romanov,” Gregg says. “Under people skills she drew a — I think it’s a little poop with knives sticking out of it. That’s bad, right? And given your family history, I’m surprised it’s not worse.”

If you look really closely, images of Iron Man and the Hulk pop on the screens in the background in the same scene. But that’s not all. Meet the rest of the team Joss Whedon assembled for the new series debuting on Sept. 24 in four more clips, as well.

Start with Smulders’ cameo, below: