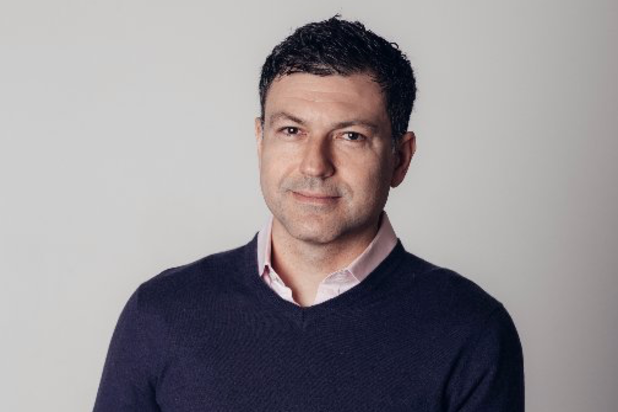 David Gandler is CEO and co-founder of fuboTV, a sports-focused streaming TV service he launched in 2015 as a niche streaming soccer site.

Since the launch of the platform, Gandler and his team have raised more than $150 million, including a $75 million Series D round that closed in April 2018 and included 21st Century Fox, AMC Networks, Luminari Capital, Northzone, Sky and the former Scripps Networks Interactive (recently acquired by Discovery, Inc.).

In the past year fuboTV has seen tremendous growth. The company’s paid subscribers are approaching 250K, compared to the 100,000 they had in September 2017, with over 30,000 net additions during Q3 alone. Additionally, the company announced that its annual run rate is up 259 percent from last September, climbing from $28 million to $102 million.

This week we caught up with Gandler to discuss fuboTV’s recent growth, obstacles holding consumers back from going all in on streaming TV, and why the door has effectively closed for new OTT TV (vMVPD) services.

TheWrap: What two things do you attribute to fubo’s tremendous growth over the past year?
David Gandler: Product innovation and improved user experience have been the driving factors behind our growth. We’ve spent the last year at fuboTV doubling down on our technology to deliver the most optimal quality experience for our customers. That includes being the first – and still only – virtual MVPD to launch 4K HDR Beta, which we did back in July during World Cup. Since then, we’ve featured NCAA college football, MLB playoffs, English Premier League and El Clásico in 4K Beta and our subscribers love it. We were the first live TV streaming service to launch “dynamic discovery” – a patent-pending interface through which subscribers can browse live entertainment, news and sports programming via an in-progress preview directly on the home screen and seamlessly click to full video.  We’ve upgraded our apps and recently launched a new home page which showcases the full breadth of our sports, entertainment and news programming.

These and other innovations have helped us more than double our paid subscriber count over the past year and tremendously increased user engagement. Time spent per user reached 61 hours across the platform in October, and we’re seeing 70+ hours on connected devices.

On the business side, we launched dynamic ad insertion at the start of the year, ahead of Hulu with Live TV and YouTube TV, which along with our strong subscriber growth, has helped us significantly grow our revenue potential.

And consider we did all this with our own tech stack, which we built internally from the ground up with fewer than 175 employees. Compare that to the tens of thousands of employees that our competitors have on the engineering side alone.

What is the biggest obstacle holding back streaming services from becoming a go-to destination for live sports?
I’d say the biggest obstacle is simply that consumers don’t realize they can get the same experience of cable – and so much more – from a live TV streaming service. FuboTV offers a premium viewing experience with unmatched latency, free Cloud DVR and amazing picture quality including 4K HDR Beta. We have all the major channels including more regional sports networks (RSNs) than any other live TV streaming service. And this is all at the fraction of the cost of cable and without a long-term contract. Once consumers learn all of the benefits of cutting the cord, they want to make the switch.

And they are switching in droves. While the pay TV business is experiencing a decline in subscribers, fuboTV had over 30K net additions in Q3. Interest in vMVPDs like fubo is only getting stronger.

How does fubo plan to compete with the increasing number of streaming TV platforms on the market like SlingTV, Hulu, YouTube, and DirecTV Now — all which offer sports content?
FuboTV leans into sports content – we continue to offer more sports programming than anyone else, for example – but we also have a full portfolio of entertainment and news. We recently closed a deal with Turner which brought us, among others, TBS, TNT, Cartoon Network and CNN. In fact, we now have more news networks than our competitors. At fubo members ‘come for the sports, then stay for the entertainment.’ FuboTV is a real cable replacement product for everyone in the household.

We believe it’s critical to continue innovating how we present this content to our consumers. From 4K HDR Beta to live previews, our user experience is second to none. It’s what sets us apart from our competitive set.

What is the biggest lesson you’ve learned about the OTT market and its user base since launching fuboTV?
The biggest lesson I’ve learned is that we are quite comfortable competing head to head with the world’s largest companies. We have brought together a group of people that operates effectively relative to its resources. Adding more net subs in Q3 than Sling is a testament to that.

We are more confident than we have ever been that we will take significant market share from the traditional pay TV space.

With 2018 soon coming to an end, what major trends or developments do you think will shape the streaming TV marketplace in 2019?
I think the door has effectively closed for new vMVPDs. The tech stack is extremely complex to build and any company that attempts to do so will find that it will have no guarantees that its stack will scale when all is said and done. Moreover, new entrants will find themselves a couple of years behind on new development.

vMVPDs will be the gateways to all premium content (not Amazon Channels), given the size of the audience they could regularly attract coupled with all the monetization levers they could pull. We are very early in the product life cycle.

Odell Beckham Jr. graces the cover of Sports Illustrated's third annual Fashionable 50 issue and the NFL wide receiver wore a bright pink fanny pack at Thursday's launch party at Hyde Sunset in West Hollywood to justify his spot on the top off the list. See the other well-dressed guests below.