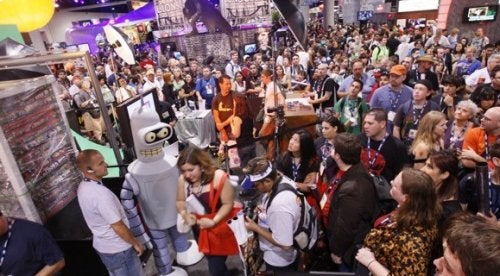 That’s what would happen, if L.A.’s neighbor to the south has its way.

Anaheim city officials earlier this week submitted a proposal to move the convention to the Anaheim Convention Center from San Diego, when the latter’s contract is up in 2012.

Just the suggestion, of course, set the fanboy blogosphere aflame. But we think it’s actually a good idea.

Here are five reasons why.

1. AN END TO BOTTLENECKING
With more than 815,000 square feet of space, the Anaheim Convention Center is substantially bigger than the 615,000-square-foot San Diego Convention Center. And with Comic-Con’s growing mainstream popularity, a constant gripe has been that overcrowding has prevented people from getting to panels or seeing all the exhibitors. 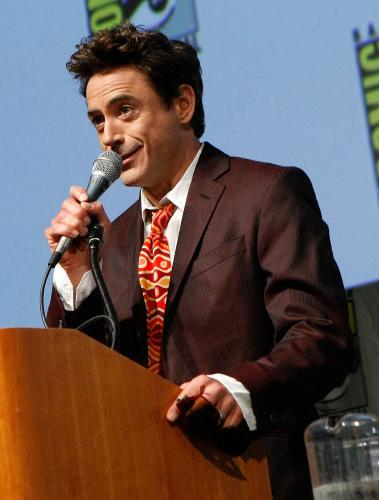 San Diego is proposing to solve the problem by offering overflow meeting rooms in nearby hotels, but heck … part of the fun of the convention is rubbing elbows with thousands of your fellow geeks. Do you really want to break up the sea of Storm Troopers, Batmen and Space Ghosts and disperse them over several city blocks?

2. HOLLYWOOD BACKYARD BBQ
Location, location, location. Anaheim would be more convenient for the growing number of Hollywood stars and execs who attend the previews and panels. Last year, Kristen Stewart, Robert Pattinson, Robert Downey Jr. and Megan Fox had to make their way down to San Diego to hawk projects such as "New Moon," "Iron Man 2" and "Jonah Hex." Imagine how many more mega-stars would show up if they just had to take the limo for a short(er) spin on the 5.

3. DISNEYLAND
Let’s bring the geekiest people on earth to the happiest place on earth.

Just think how much more fun this would be for the geeks’ offspring (assuming there are any, with this crowd). Mom and Dad can drop the kids off at Cinderella’s castle, then toss back a few Spider-Man stingers with impunity. San Diego? Well, there’s Sea World — but  given the gruesome news out of Florida, this might not be the time to take the kids to meet Shamu.

And while Mickey and Donald aren’t the coolest comic characters, keep this in mind: Disney’s recent purchase of Marvel means "It’s a Small World" soon could feature Spidey and the Hulk.

4. THE ART OF THE COUNTEROFFER
This wouldn’t be Anaheim’s first geek rodeo. It’s already played host to other geek-fests such as BlizzCon, an annual convention celebrating popular games "Warcraft" and "Diablo."

5. CHANGE IS GOOD
Come on, San Diego, you’ve had Comic-Con for 40 years. For one year, at least, let your neighbor to the north share in the wealth and the superheroes. Sure, you’d be giving up an estimated $60 million in tourism-related dollars, but it’s a recession. Help a brother out.