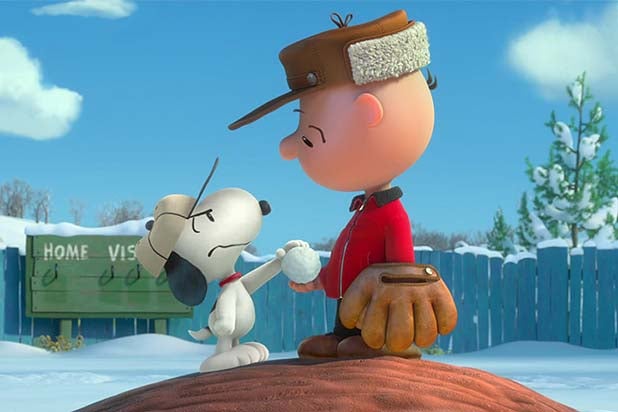 Can you hear “Spectre” backers Barbara Broccoli and Michael Wilson of Eon Productions, and the brass at MGM and Sony Pictures issuing a collective “Arrrgghh!” right now?

They could easily be feeling angst akin to Charlie Brown after a strong $45 million second-place opening by “The Peanuts Movie” held “Spectre” to a domestic debut of $73 million, below analysts’ expectations and the $88 million 2012 debut of the most recent 007 film, “Skyfall.”

Since Charlie is hardly a Hollywood A-list star, how did the Paul Feig-produced “Peanuts Movie” put a hit on the world’s most famous super spy?

“There is an inherent sweetness that comes with ‘Peanuts’ and you can see it in the way kids’ faces light up,” Chris Aronson, Fox’s president of domestic distribution told TheWrap.

“They really relate to the problems he faces, like insecurity, and worrying about what people think about him, and he perseveres. That message becomes universal because most of us deal with those issues as adults as well, and I think that’s why it resonated to the degree it did.”

There were other reasons Charlie Brown hit a home run at the box office. Here are a few factors:

Masterful Marketing
While “Peanuts” is beloved by millions, the comic strip ran from 1950 to 2000 and it hasn’t been active for 15 years. The challenge faced by Fox marketing chief Marc Weinstock and his team was just the opposite of most animated movies, with the older crowd largely in hand, the younger set had to be sold. Mission accomplished: 70 percent of the audience was family and 46 percent was under the age of 25.

Bond Shot Himself in Foot
There was a steady drumbeat of negative headlines surrounding “Spectre” leading up to its debut. With many films, bad buzz doesn’t matter to most moviegoers, but the news of the leaked script, budget overruns, Mexican tax dispute and star Daniel Craig‘s caustic comments reached a critical mass that didn’t help, and Saturday’s drop from Friday’s number showed it.

Pitch-Perfect Reviews
“The Peanuts Movie” is at 86 percent positive on Rotten Tomatoes, while “Spectre” has a 62 percent rating. That alone wouldn’t turn the tide normally, especially with a strong fan base like Bond’s. But coupled with the troubled run-up, the negative notices most likely hurt the 24th film in Hollywood’s most-storied film franchise. Despite seemingly divergent target demographic groups, both films played well with male and female, young and hold, so choices were made and the reviews probably played a role.

Charlie Rallied for Rollout…
Movie theater owners showed a lot of faith in “The Peanuts Movie” and Fox was able to land it in 3,897 theaters, nearly as many as “Spectre,” which was in 3,926 locations. While 007 had the IMAX theaters, Snoopy and the gang were in 3D, which delivered 27 percent of its domestic grosses.

The Nostalgia Factor
Adults who grew up reading the comic strips and watching the TV specials including “A Charlie Brown Christmas” and “It’s the Great Pumpkin, Charlie Brown” couldn’t wait to see round-headed kid back in action.

“The Peanuts Movie” maintained enough subtlety and intelligence that grown-ups could be entertained, and younger moviegoers would get a laugh. And while some adult fans groaned about the movie’s CG animation, director Steve Martino (“Ice Age: Continental Drift“) kept with contemporary trends in animation, rendering the characters in computer-generated three dimensions. Strip creator Charles M. Schulz might not have approved of the CGI, but the treatment enticed young fans without putting off their parents.