Hold your horses, everybody. The Oscar race isn’t over yet.

Since “12 Years a Slave” premiered in Telluride and bowled over audiences there and in Toronto, there’s been a rush in some circles to declare the harrowing film a sure-fire Oscar winner, and to seal its victory more than five months before the final envelope will be opened on the stage of the Dolby Theater.

“Suspend the betting, close the books and notify the engraver,” wrote Kyle Buchanan at Vulture after the film’s first Toronto screening, on Sept. 7. “I’ve just seen what will surely be this year’s Best Picture winner.” 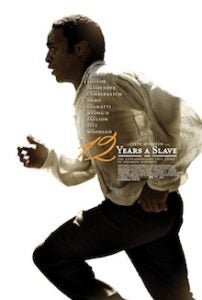 Certainly, “12 Years a Slave” is the leader as of mid-September. It is a brutal, uncompromising and emotionally devastating adaptation of the book written by Solomon Northrup, a free black man from New York who was kidnapped and sold into slavery in 1841.

It features towering performances from Chiwetel Ejiofor, Lupita Nyong’o, Michael Fassbender and others.

It will likely win a number of critics’ awards, and it will be impossible for any serious voter to ignore when Oscar ballots become available in December.

But does that make it an automatic winner?

Not now. Not yet.

Granted, I have it listed at No. 1 on my personal predictions list at GoldDerby.com, and it wouldn’t surprise me in the slightest if it comes out on top next March 2, as a deserving, landmark winner.

But c’mon – when I predicted that “The Hurt Locker” would win in August ’09 and called “The King’s Speech” in September ’10, I never pretended that those races were over.  So here are a few reasons why it’s jumping the gun to say so this year.

1. The Oscar race is a marathon, not a sprint.

Occasionally, a movie comes out of Toronto as the favorite, and stays there. Case in point: “Slumdog Millionaire,” in 2008-2009.

But typically, that’s not how it works. “The Hurt Locker” snuck up on people and became the little movie that could after a string of critics’ awards set it into a David vs. Goliath competition with “Avatar.” “The King’s Speech” came out of Toronto on fire, watched “The Social Network” win with nearly every critics’ group, and then rallied once the guilds began to vote. “Argo” endured the near-fatal blow of Affleck not being nominated for Best Director, and used that snub to stage a comeback that quickly turned into a runaway.

There is a lot of time between September and March, and the narrative that wins the Oscars is more often than not a narrative with twists and turns. 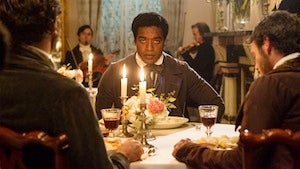 2. Great expectations? Not so great.
I’ve already had one person come up to me after seeing “12 Years a Slave” in Toronto and say, “Well, it wasn’t that good.” There will be more.

When advance raves from film festivals are as extravagant as they have been for “12 Years,” things can get dicey once a film begins screening outside the festival environment. As good as the movie is, some viewers are bound to go in expecting the most powerful drama they’ve ever seen — and if it isn’t that, their reaction will be colored by disappointment.

That’s why as much as Fox Searchlight no doubt appreciates all the raves for their movie, the premature Oscar proclamations probably make them very, very nervous.

At a certain point, the desire to be on the winning team will be enough to overcome feelings of being let down if a movie doesn’t quite live up to the advance hype. But we’re months away from that bandwagon mentality kicking in on “12 Years a Slave” — so for now, every rave review and every proclamation that the race is over is simply laying the groundwork for voters to be disappointed.

3. You can’t ignore the screener factor.
It’s no secret that Academy voters watch a lot of their films on screeners. And inevitably, they watch a bunch of those screeners over the Christmas or Thanksgiving holidays, with their families around. That’s why there’s always a glut of screeners arriving in the mail the week before Thanksgiving, and a final barrage in mid-December – everybody wants to be one of those DVDs that voters throw in the suitcase and take to Aspen or Hawaii.

But after a family dinner, are they really going to reach for the brutal two-and-a-half hour movie about slavery?

“The King’s Speech” was the movie they reached for; so were “The Artist,” “Argo,” “Midnight in Paris” and others of that ilk. “12 Years a Slave” demands attention, but it’s not going to leap to the top of that screener pile. 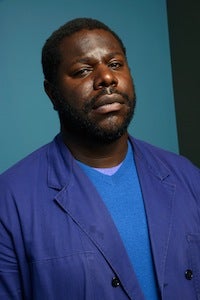 4. Steve McQueen is an artist, not a salesman.
The British-born director of “12 Years” is a smart man. He is also a man who does not suffer fools gladly, and one who can be argumentative — in a low-key, polite way — with interviewers and moderators who ask questions with premises he doesn’t agree with.

If you look at the last couple of directors of Oscar-winning films, they worked overtime to ingratiate themselves with voters. Ben Affleck charmed every room he entered for six solid months – and he entered an enormous number of rooms in those six months. “The Artist” director Michel Hazanavicius spent so much time in Los Angeles that his movie qualified for the Indie Spirit Awards as an American film. (He was considered a permanent resident.)

It is nothing against Steve McQueen as a filmmaker to say that he will probably not work around the clock at being nice to people on the awards circuit. It won’t diminish his film one iota if he doesn’t embrace the old grip ‘n’ grin, and it’d be nice to think that it won’t hurt his film’s chances, either.

But will it be accurate to think that? After all, David Fincher didn’t do it, either … and, well, he lost to a tireless campaigner, Tom Hooper.

5. We haven’t seen everything.
At this point in 2004, nobody had seen “Million Dollar Baby,” and Oscar-watchers were talking about “The Aviator” and “Sideways.” Two years earlier, “Chicago” didn’t premiere until Dec. 10.

On paper, most of those don’t seem as if they can beat “12 Years a Slave,” and the year’s final batch of films inevitably contains disappointments. But it also typically drops some last-minute surprises into the race, and at times it does contain a Best Picture winner.

The simple fact is that we haven’t seen all of the competition for “12 Years.” And until we have, we don’t have enough information to flatly declare that it will win.

But this thing ain’t over by a long shot.