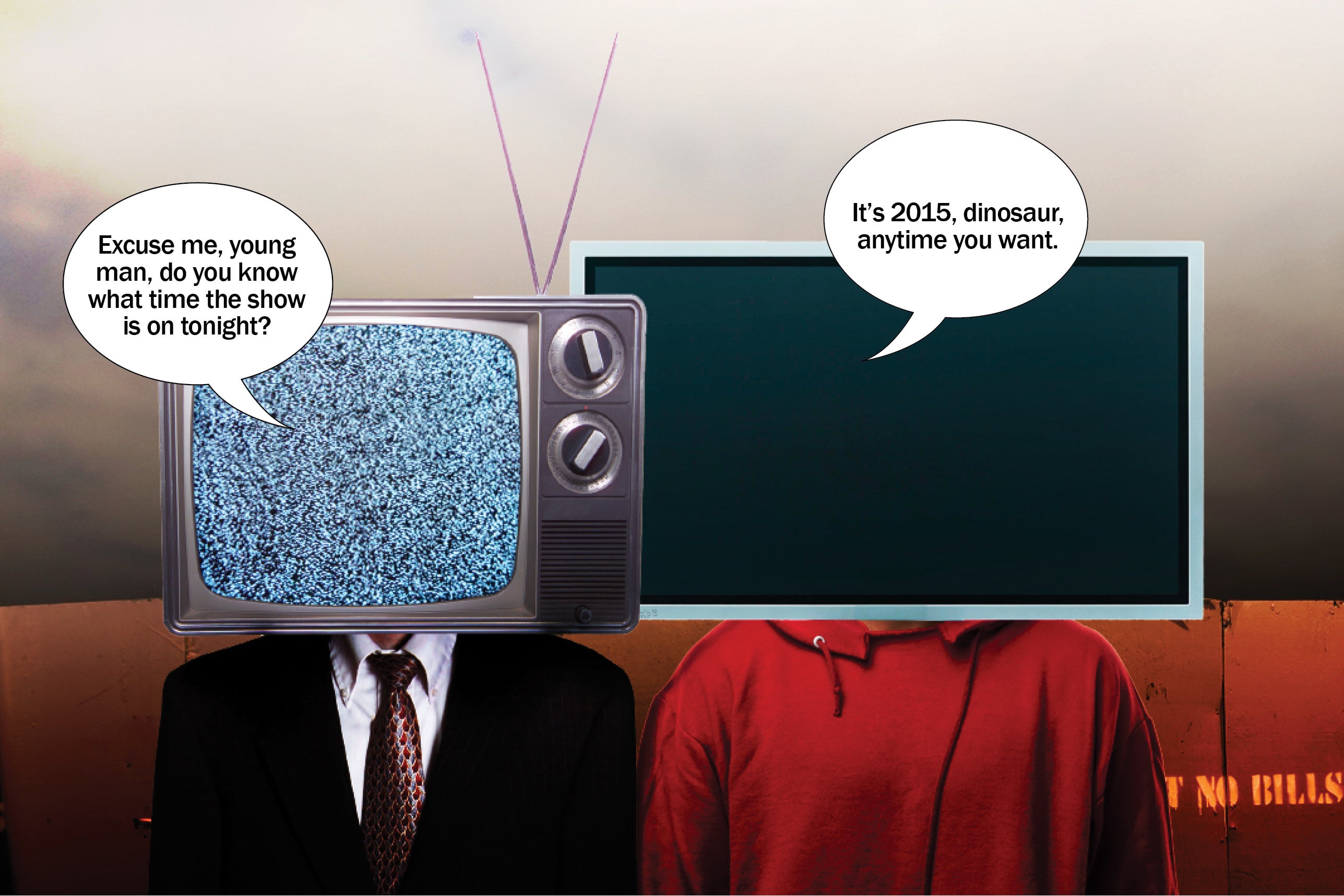 As less people are watching television live, networks are scrambling to find alternative ways to truly account for viewership — both live and delayed.

Less than a decade ago, the majority of viewers watched their programs as they aired. But with the advent of on-demand technologies, people are choosing to watch when it’s most convenient to them… and that usually means without having to watch through commercials. The biggest problem for networks is that advertisers aren’t sold on delayed numbers as they don’t believe viewers are watching the commercials.

“There are a lot of challenges,” A+E Networks chief revenue officer, Mel Berning, told TheWrap. “The model as we all have known it is changing.”

As a result, networks are finding ways to get around overnight ratings and make delayed viewing numbers more palatable to advertisers and audiences.

1. Finding the uncounted many.
While Nielsen ratings are still the industry standard, the company knows that overnight ratings no longer paint the full picture. In addition to counting delayed viewing, it has just adopted ways to measure social media, but critics argue that the company still has a blind spot. Nielsen has been ineffective at tracking those people who are watching from work, the airport, or their neighborhood bar, also known in the industry as “out of home viewing.”

Also Read: Netflix Boss Ted Sarandos Defends Ratings Secrecy: ‘It Has No Reflection on Our Business’

On Tuesday, CNBC announced it will be ditching daytime Nielsen ratings beginning later this year. Instead, hiring marketing and research firm Cogent Reports to do the job.

Nielsen disagrees. The company says it does have other methods to measure viewership, which would serve networks like CNBC.

“Nielsen has a long history of working with our clients to provide independent currency-based ratings upon which the industry can transact with confidence,” said Nielsen communications director, Salvatore Tuzzeo Jr.

“For networks with niche audiences like CNBC, pure age and gender-based ratings are not always the best means against which to sell. These networks have always used alternative measures, which are provided by Nielsen as well as other insights and data providers in the market.”

According to Nielsen, CNBC delivered its lowest numbers in the news advertisers’ coveted 25-54 demographic since 1992. The network has also seen its lowest overall numbers in 20 years.

But, CNBC’s decision to drop Nielsen from its daytime programming may just be a creative way for the financial network to boost its lackluster ratings.

“They’re just trying to fudge the number,” an industry insider from a competing network told TheWrap. “CNBC has seen their numbers plummet over the past six years to historic lows and this is their way to get around it.”

“Those who were forced to watch the commercials were 50 percent more likely to recall the ads,” said Julya Fridman, one of the researchers on the study. “What we found is that there was no adverse consequence when it comes to VOD usage.”

The study was commissioned by A+E in order to show distributors that disabling the fast-forward button won’t piss off customers. But, not everyone’s buying.

“People don’t like being interrupted and welcome technology that allows them seamless viewing of their shows,” said advertising expert and “The Brand Identity Center” founder, Chad Kawalec.

“Networks and advertisers should stop fighting the death of the embedded commercial and start to find more meaningful and valued ways to engage consumers. If they don’t, consumers will start to resent them much like they dislike someone who cuts in front of them in a line.”

3. Making Live Plus 3, 7, and 30 days happen.
Networks across the board are trying to make delayed viewing numbers the new way to measure a show’s audience. Live Plus looks at who watched shows on their DVRs and VODs within different time frames. Live-Plus-Same-Day looks not only at who was watching when the show aired, but also at those watching within a specific timeframe, i.e. three, seven and 30 days out.

Some networks have already started forcing delayed numbers on the public and advertisers.

In July, FX executives announced they were trying something “new.” The network would no longer be talking publicly about how their programs do on opening night, claiming those numbers don’t accurately represent how many people are watching.

Then, last month, HBO followed suit. It said it too will no longer release overnight ratings, stating they are “no longer representative of an HBO show’s true audience size”.

4. Disabling Dish AutoHop
Both Fox and CBS have aggressively fought Dish over its ad-skipping AutoHop feature, with mixed results. AutoHop gives viewers the power to skip commercials during some of their favorite television shows.

While Dish eventually won the battle, it did agree to suspend its AutoHop for the first three days for Fox and seven days for CBS.

“From a consumer’s perspective, the wish to avoid advertising is an omnipresent component of the 21st century viewing experience,” said Tivo’s chief marketing officer, Ira Bahr. “Whether you’re skipping a commercial on YouTube after 4 seconds of viewership, whether you’re upgrading to a premium subscription service to avoid commercials or exiting a pop up out of a webpage, people are constantly seeking to consume their content without commercial interruption.”

5. Product Placement
As consumers become more adept at avoiding commercials, networks and advertisers are increasing their product placements as an alternative way of exposing viewers to their brands. Product placement is inherently much harder to skip given its integration into the actual program content.

“American Idol” judges were forced to gulp Coke and Diet Coke as Coke commercials are shown in a subsequent commercial break.

And Oprah shocked viewers when she gave all 276 audience members a Pontiac G-6 to mark the premiere of the show’s 13th season. The story made headlines all over the world, with “Saturday Night Live” spoofing the talk show host’s now legendary, “Everybody gets a car!” Pontiac donated the vehicles and even paid the sales tax. But, viewers watching at home were not about to skip that part.

6. Live event viewing
As a way to get people to watch more live TV, networks have been stepping up their game with programming that beg to be watched live.

NBC went all out with “The Sound of Music Live!” and later “Peter Pan Live.” While the latter didn’t do quite as well as its predecessor, both managed to draw in millions of viewers, most of whom watched it live, commercials included.

Discovery also scored big with Nik Wallenda. The “Skyscraper Live” special had the daredevil walking between Chicago’s Willis Tower and another nearby building. By the time Wallenda did his thing, the network scored an astounding 5.8 million viewers.

In the end, the networks’ efforts will probably win out. The reality is that the average person is watching 12 minutes less of live TV a day than he or she did the previous year, according to Nielsen. It’s a trend that’s unlikely to reverse. Advertisers will indeed need to jump on board at some point. And networks will have to figure out some way to give them the level of promotion they seek. And in the end, they both have to please the audience.

“I don’t think there’s any one silver bullet,” said Berning. “Advertisers have to look at commercial opportunities that are interesting to viewers.”