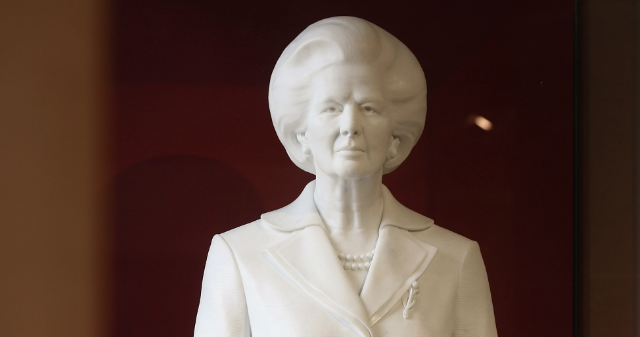 Ken Loach missed the memo about not speaking ill of the dead.

The British socialist director behind films such as "The Wind that Shakes the Barley" and "Poor Cow" slammed Margaret Thatcher in a statement calling her "the most divisive and destructive Prime Minister of modern times."

Thatcher, who was the United Kingdom's first and only female prime minister, died Monday at the age of 87. While she was in power, Thatcher clashed with the labor movement over her belief in deregulation and push to privatize state-owned companies. Loach suggested that any funeral arrangements should take a page from Thatcher's economic policies.

"How should we honour her? Let’s privatise her funeral," Loach said. Put it out to competitive tender and accept the cheapest bid. It’s what she would have wanted."

He went on to enumerate the financial hardships that he claimed resulted from her leadership.

"Mass Unemployment, factory closures, communities destroyed – this is her legacy. She was a fighter and her enemy was the British working class," Loach said.

Loach's fiery assessment of the late prime minister gained traction on the internet, becoming a meme of sorts on Facebook and Twitter.

Meryl Streep, who portrayed Thatcher in the 2011 film "The Iron Lady," was more charitable in her assessment of the former prime minister. She called Thatcher a "pioneer" for women in politics, but did note that her economic policies were controversial.

"Her hard-nosed fiscal measures took a toll on the poor, and her hands-off approach to financial regulation led to great wealth for others," Streep said in a statement.