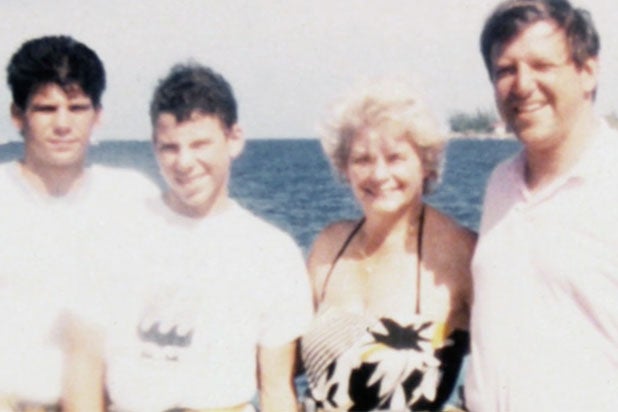 (Spoiler alert: Please do not read on if you haven’t watched Thursday’s “Truth and Lies: The Menendez Brothers — American Sons, American Murderers”)

Erik and Lyle Menendez, the two brothers who infamously killed their parents in 1989, have spoken out for the first time in 27 years.

ABC’s “Truth and Lies: The Menendez Brothers — American Sons, American Murderers” examines the case and the subsequent trial while digging deeper into the family’s history, revealing a more troubled past than the Menendez family let on.

On Aug. 20, 1989, Lyle, then 20, and Erik, then 18, shot their wealthy parents in their mansion using shotguns they bought just days before the murders. Their father had been a successful Cuban-American business executive, while their mother was a homemaker and socialite. Both had been shot in the kneecap (among other wounds), which made authorities believe the brothers wanted it to look like a mob hit.

Prosecutors argued that the brothers killed their parents to receive the family fortune, while the defense argued it was a retaliation for enduring years of their parents’ abuse. Erik testified that he and his brother lived in fear of their father, adding that their father had sexually abused him.

Other shocking revelations include the brothers’ criminal past, and the alleged shopping spree Erik and Lyle went on following their parent’s death.

See 9 of the most explosive moments of the documentary below.

1. They thought their parents would kill them

Lyle added, “I thought they were going ahead with their plan to kill us.”

2. The cause: Erik told Lyle their father was molesting him

According to Erik, his relationship with his father was “brutal” yet he admired him. However, during the trial, Erik said that everything escalated after Erik told Lyle his father had been molesting him. When he was 10 years old, he told his cousin that his father was “massaging his dick” and that he wanted to know whether this “happened to every kid.”

3. Lyle says he was molested too

Lyle revealed that between age six and eight, his father had sexual contact with him as well. Lyle said that they would have talks and “he would fondle me and asked me to do the same with him. “

“We would be in the bathroom and he would put me on my knees and he would guide me on my movements and I would have oral sex with him,” he revealed, before breaking down crying. He also admitted that his father would use objects such as a tooth brush and a shaving utensil and tried to anally penetrate him.

Lyle admitted he molested his brother during the trial.

“I took him out to the woods … and I took a tooth brush also and I played with Erik in the same way,” he said. “And I’m sorry.” When the camera panned to Erik, you could see him break down in the courtroom.

5. Lyle slept in a bed with his mom

Lyle was asked whether he still slept in the same bed as his mother when he was 11 or 12 years old. When he said that he sometimes would, he was asked, “did you touch your mom?”

“Yes,” he admitted, to which he was asked, “where did you touch her?” “Everywhere,” revealed Lyle.

However, abuse claims were denied by their mother Kitty’s brother, Brian Anderson, who deemed it “absolute insanity.”

6. Erik wrote a script eerily similar to the murders

Erik would write murder mysteries with his friend, Craig Cignarelli. Erik once wrote a screenplay about a boy who killed his parents to collect insurance.

“As time went by, Erik took that screenplay and reworded the first four or five pages to reword what exactly happened at the scene of the crime, so people thought, well maybe this was the precursor to what actually happened,” said Cignarelli.

When they were young, the brothers started to hang out with a bad crowd and did “hot prowls,” where they would sneak into a house and think about committing a burglary. Lyle Menendez eventually committed a burglary with a group of his friends. When Erik saw that, he felt like he had to one-up his brother and did the same thing.

The prosecutor in the case, Pam Bozanich, said that they would back a moving van up to a house and clean it out while no one was home.

They eventually got arrested and according to Kitty’s brother, their father Jose decided that he was going to put it to rest and went to all the houses and wrote a check for the value of things missing.

8. Their mother tried to run away before she was shot

According to neighbor Alicia Hercz, the brothers went after their mother in “the most horrible way.” During the shooting, the brothers reloaded their guns and came back to finish their mother off while she begged for her life. Erik testified she got up to run during the shootings. Lyle also testified that his dad was coming forward in his direction while he fired directly at him.

“I ran around and shot my mom. I shot her close,” added Lyle.

“We fired many, many times,” he continued. “There was glass everywhere and you could hear the ringing noises from the booms and smoke from the guns.”

9. They went on a spending spree after parent’s death

According to multiple sources, five weeks after the murders, the brothers received an insurance policy payout of $400,000 and went on a huge spending spree, buying a Rolex, a Porsche and a restaurant in New Jersey.

During an interview with Barbara Walters in 1996, Erik said, “well, that’s not really what happened. Lyle didn’t buy anything without first approving it with our uncle and aunt. This idea of a mass spending spree is a figment.”

“Truth and Lies: The Menendez Brothers” airs Thursday at 9 p.m. PT on ABC.