We have a first look at Johnny Depp’s new film “Richard Says Goodbye,” and it’s a stunner.

Not because of ghost-ridden pirate ships or Tim Burton pancake makeup and costumes, but thanks to how damn fine Depp cleans up for the indie (see below) about a prim gentleman who starts living honestly after a troubling diagnosis.

Less than a week ago, the Academy Award nominee was beat up on social media and accused of looking rough posing with his “Platoon” costars Charlie Sheen and Kevin Dillon 30 years after the film was made.

But looking good is the best revenge. A low-res pic released from the Wayne Roberts film shows Depp done up like a gentleman. His three piece suit and reigned-in grooming are a big departure from even three weeks ago, when he showed to the UK’s Glastonbury music festival in his goth gear, eyeliner and byzantine accessories.

Depp’s character is described as “a world weary college professor who is given a life-changing
diagnosis and decides to throw all pretense and conventions to the wind and live his life as boldly and freely as possible with a biting sense of humor, a reckless streak, and a touch of madness.”

So he might lose the three-piece suit by the end this journey, but we’re happy to see it in the first place.

Depp will next be seen in Kenneth Branagh’s take on “Murder on the Orient Express.”

“Richard Says Goodbye” counts Brian Kavanaugh-Jones of Automatik Entertainment and IM Global President of Production Greg Shapiro as producers. The film does not currently have domestic distribution, which will be brokered by CAA. 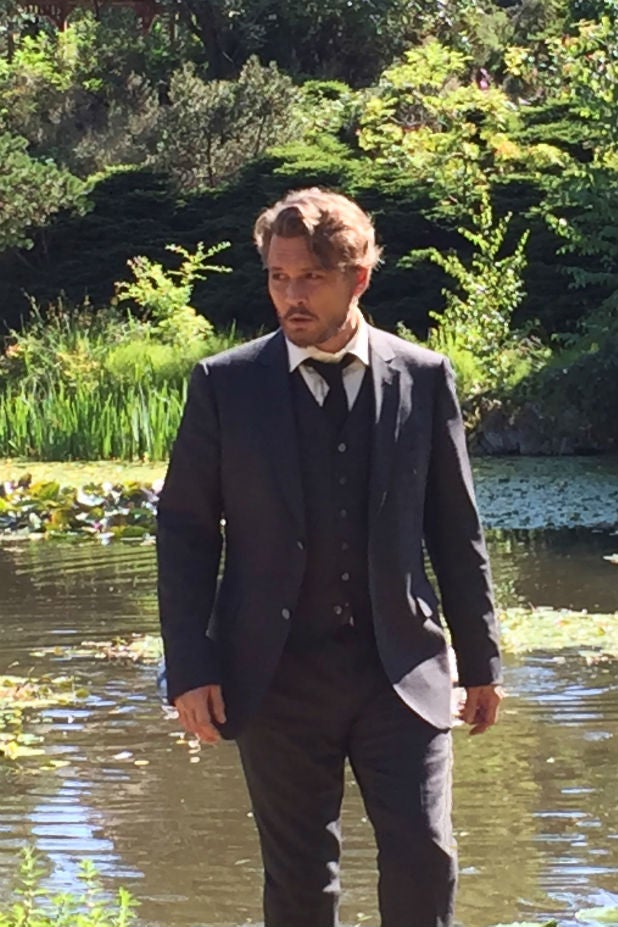