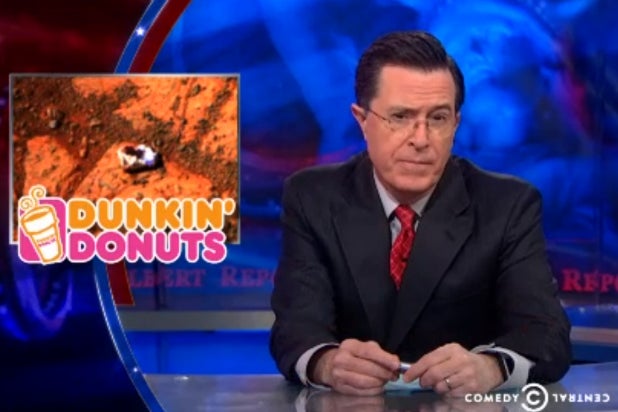 Stephen Colbert dug his way out of the east coast’s “massive polar nor’snowster” to make it to his Comedy Central show on Wednesday, after New York City accumulated 11 inches of the white powder in 24 hours.

“That’s in freezing cold weather, because normally it’s like 15 inches,” the comedian pointed out.

But it’s not Manhattan that Colbert worries for in extreme weather situations — it’s outer space: “It probably got hit extra hard, because it’s closer to the sky,” he said.

But there is breaking space news that is larger than simple weather patterns: “Mars has doughnuts,” Colbert announced.

“Call off the search for water and start looking for a lake of Coolata,” the “Colbert Report” host implored, just before dubbing the space-pastry a “spacetry.”

Then Colbert ate a delicious, powdery “Martian” right there on TV.