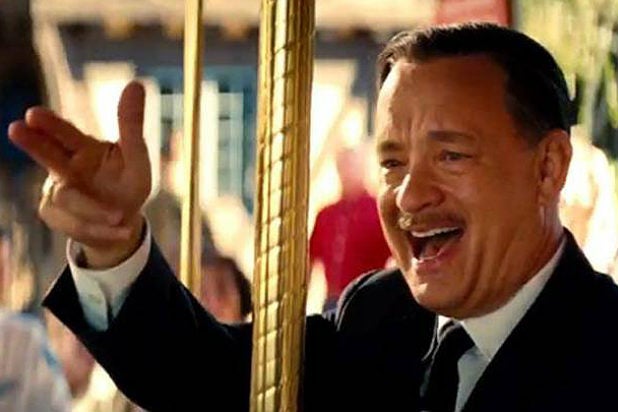 John Lee Hancock has made his name with inspirational dramas based on true events on the football field and the baseball diamond, with “The Blind Side” and “The Rookie.” But “Saving Mr. Banks” deals with a different contact sport: moviemaking, as seen in the story of Walt Disney’s efforts to persuade “Mary Poppins” author P.L. Travers to sell him the movie rights to her children’s books.

Depicting the two weeks the prim and demanding Travers spent in Los Angeles resisting the lure of Disney’s magic kingdom and causing problems for the songwriters and filmmakers trying to adapt Travers’ books for the screen, “Saving Mr. Banks” is a Disney movie about a Disney movie.

Star Emma Thompson has picked up SAG and Golden Globe nominations for her role as Travers, while Tom Hanks has been unexpectedly bypassed by both groups for his part as Disney. But at the Academy’s official members’ screening, audiences reportedly loved Hancock’s story of the studio chief who had to learn that for Travers, the “Mary Poppins” story is a personal tale with resonance from her tough childhood in Australia.

Hancock spoke to TheWrap on the Disney lot the day of the film’s premiere.

You made a movie about the making of a Disney movie, with Walt Disney as a main character, for Disney.
Yeah. One of my very fancy friends, when I told her I was doing it, said, “It’s all rather meta, isn’t it?” I said, “I suppose it is, but you’ll have to remind me what the word means.”

But there must have been some concern when the subject of your movie is the company that’s releasing the movie.
Yeah, there was concern. I think the first thing that was done correctly was that Disney didn’t even know the script was being written. It was developed first by Hopscotch in Australia, and then Alison Owen at Ruby Films got involved, and BBC Films ponied up money for a script by Kelly Marcel. I think at one point Alison told me that she got a letter from Disney lawyers, because they’d heard something about “Mr. Banks,” saying, “You know, we have the rights,” etc.

[NOTE: A representative for Essential Media and Entertainment disputed Hancock’s account of the development, and said it was done by Essential rather than Hopscotch.]

So the fact that it was developed outside took away some of the pressure. The second thing was, if this were a biopic about Walt Disney, there would be so much more added pressure, because there are so many people in both camps that feel one way or the other about Disney. But this deals with two weeks in 1961. We pretty much know what he was doing in that period, there wasn’t anything controversial – so I think we’re OK here, as long as we get Tom Hanks. 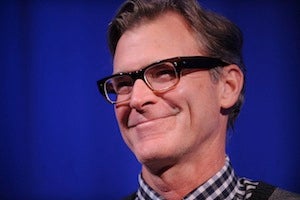 But I knew that no matter what, no matter if you tell people, “This was developed outside, the script didn’t change, they didn’t have any notes,” people are still going to go, “It’s an advertisement for Disney!” Because we live in an incredibly cynical world.

But your best known movies – “The Blind Side,” “The Rookie” – are not cynical movies.
Those are the movies that have gotten made. For every one that gets made, there are five other movies that you try to get made that you don’t. So I’m sure there’s some cynicism in some other ones. But for me, I’m inspired by inspirational movies. And by inspirational, I don’t mean that you win the big game in the end. It can be an unhappy movie, if there’s resonance. I guess that’s a better word than inspiration.

The movie uses lines and music and images from “Mary Poppins,” but I’d imagine you didn’t want to be too heavy-handed in referencing that movie.
It’s tricky, because you don’t want to be too much of a tease, or to overstep it. But this is a movie that asks the question, “Where do stories come from?” It’s not just “Mary Poppins,” it’s the origin story of the Sherman brothers’ songs from the movie, the sketches …

Kelly and I watched “Mary Poppins” over again to see if there’s anything we could cross-pollinate between 1906 Australia, the “Mary Poppins” books, the two weeks in 1961 when she’s here and the movie. I wanted to cross-pollinate willy nilly, because were playing with time. The movie starts with the line “I fear what’s to happen all happened before.” So there are lots of things from “Mary Poppins” that we cross-pollinated through, including some lines from the movie that come out of P.L. Travers’ mouth.

How much freedom do you feel to put in things that you know didn’t actually happen?
Every time you do a true story, and I’ve done a few, you have to look in the mirror and say, “That’s close enough, I’m comfortable with this.” You’re always going to compress time, you’re going to change the order of things. But I don’t think you want to tell a big lie. You want to think that you’re embracing the truth.

When I was a producer on the movie “My Dog Skip” years ago, we compressed 10 years from Willie Morris’ book into one year, and we added some stories that felt like they could have happened to him. I asked him about the inconsistencies, and he said, “John, there are the facts and then there is the truth. This is the truth.” I thought, OK, that’s a decent way to put it. Don’t worry about the little factual details. Get to the heart of it.

So the fact is that, did [Travers’ mother] Margaret Goff try to kill herself? Yes. Did it happen before [her father] Travers Goff died? No, it happened after. Did she go into the water and save her mother? No, she didn’t, because she was there with the younger kids.

Did Walt chase her down from Los Angeles to try and convince her at that particular time? Probably not. Did Walt go to London lots of times? Yes. Did he at least have a meeting one time in London with her to try to convince her to give him the rights to the book? Yes. So I’m fine with that.

Even if he didn’t give that stirring speech about storytelling that Hanks gives.
Here’s the thing – he probably didn’t say that, but nobody was there when they talked. Who knows? Maybe Kelly Marcel channeled him completely, and it’s word-for-word.

People say, “You made it appear as if she loved the movie, and we know for a fact that she didn’t!” Well, I can Google. She did not like the movie. But we know that she cried at the premiere, and some people close to her said it would not have been in her nature to cry for sadness over the movie. She would have bopped somebody on the nose, which she tried to do to Disney at the premiere party afterwards.

So Kelly Marcel comes up with a what if? What if it’s not about the movie at all? It’s a dark theater, this has been a cathartic process for her, and this is the culmination of that.