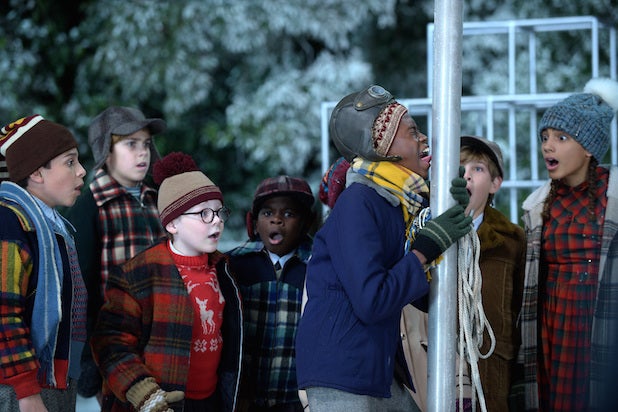 Pretty much everyone and their mother (who should have warned them first) can safely say Fox’s “A Christmas Story Live” shot its eye out last night. Well, in the ratings at least.

The televised musical event was no match for “Sunday Night Football” or pretty much anything else on the Big 4, including all of CBS’ broadcast shows and ABC’s “Sound of Music” telecast (not that live NBC one with Carrie Underwood, the classic starring Julie Andrews).

NBC was first in ratings with a 4.4 rating/16 share in the advertiser-coveted 18-49 demographic and in total viewers with an average of 14.2 million, according to preliminary numbers. The Dallas Cowboys vs. Oakland Raiders game from 8:30 – 11:45 p.m. pulled in those large numbers for the network.

Fox was third in ratings with a 1.5/5 and fourth in viewers with 4.48 million, with “A Christmas Story Live” being the only program broadcast on the network during primetime, from 7 – 10 p.m.

ABC was fourth in ratings with a 0.8/3 and in viewers with 4.54 million. A showing of the 1965 classic “The Sound of Music” (telecast at the same time as Fox’s live musical) picked up those numbers.