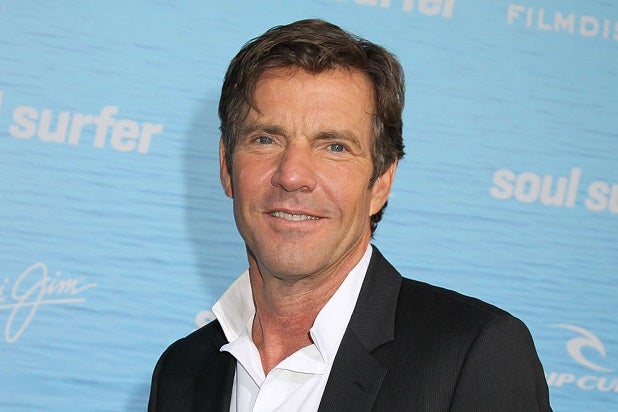 People who think that a dog was abused on the set of “A Dog’s Purpose” are barking up the wrong tree. At least, that’s the way that Dennis Quaid, one of the film’s stars, sees it.

“I was there. I never saw any abuse of any animal. If there had been, I would have walked,” Quaid told Entertainment Tonight, adding that a video published by TMZ, which sparked the abuse allegations, “does not tell the whole story.”

Quaid went on to call the video a “scam.”

“My experience is that the animals were treated great. There was no animal abuse,” Quaid said. “That video that someone took and sold for money and held on to for a year and a half until right before the film’s coming out, does not tell the whole story. First of all, it’s been edited and manipulated. And I think it’s a scam, to tell you the truth.”

Opening in theaters this weekend, the film has been under a shadow since TMZ published video of a German Shepherd named Hercules seemingly frightened in a pool that’s been fitted with motors to simulate a whitewater river. In the video, Hercules is seen clawing at the side of the pool until a voice yells “cut” and Hercules is pulled out of the water.

But Quaid took issue with the perception that Hercules was afraid.

Also Read: 'A Dog's Purpose' Writer Says 'No Animals Were Harmed' in Making of Film

“That was towards the end of the day and I would not say, in real context, that the dog was frightened,” Quaid told ET. “The dog was acting like a dog who was kind of tired of taking a bath and was ready to get out. And, in fact, that’s what happened. They took the dog out.”

Since the publication of the video, PETA has lashed out at the film, and a premiere for the film was canceled last week.

Animal supplier Birds & Animals Unlimited, which provided the animals for “A Dog’s Purpose,” also too issue with the TMZ video, calling it “falsely edited.”

“Last week a falsely edited video was released to the media. It portrayed a dog being forced to enter a pool against its will and suggested that the dog was traumatized as a result,” the company said in a statement. “No such thing occurred, nor would it ever occur under the supervision of our animal trainers.”

Tom Ford hasn't been shy in toasting the leads of his sexy new thriller -- Amy Adams and Jake Gyllenhaal -- but the fashion icon packed his supporting cast with some fantastic names you may not know also come along for the ride. Starting with...