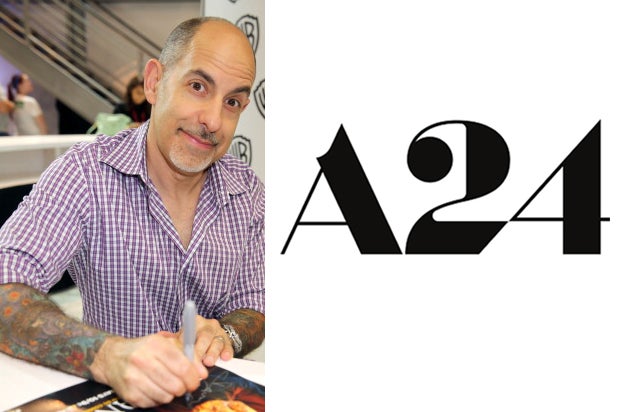 A24 will partner with filmmaker David S. Goyer and his production company Phantom Four for an untitled new project, the film distribution company announced today.

The production company, led by President Kevin Turen, is bringing the horror story with a unique setting to the screen. It is set to be directed by Marc Munden, the British director behind the “Utopia” TV series.

The untitled project is a part of A24’s growing development slate, with Eva Maria Daniels of VisionChaos Productions. Goyer and Turen will produce alongside A24 and Daniels.

“We’re incredibly excited to be a part of this special film,” Goyer said. “Marc’s helming of ‘Utopia’ was hands down among the most impressive directing pieces I’ve seen in quite some time. As for A24, when I realized that several of my favorite films over the last few years were housed under one roof, I knew I had to be in business with them. We’re honored to be working together with Marc and A24, and look forward to making something great.”

The film is being written by Ben Collins and Luke Piotrowski, who are currently in post-production at Universal with Akiva Goldsman’s “Stephanie.” They are also developing two other adaptations, including the graphic novel “Tag” for Fox and Boom! Studios, and the supernatural “Head Full of Ghosts” for Focus Features and Team Downey.

Goyer’s previous credits include “The Dark Knight Trilogy,” “Man of Steel” and the “Blade” trilogy, and he is currently busy with “Batman vs. Superman: Dawn of Justice” and co-writing James Cameron’s remake of “Fantastic Voyage.” Kevin Turen previously produced such critically acclaimed films as “99 Homes,” “All Is Lost” and “Arbitrage.”

Munden’s credits include television work in the United Kingdom, ranging from “The Crimson Petal and the White,” to his more recent breakthrough with “Utopia.” He is also slated to direct the sci-fi thriller script “Aether” for FilmNation.