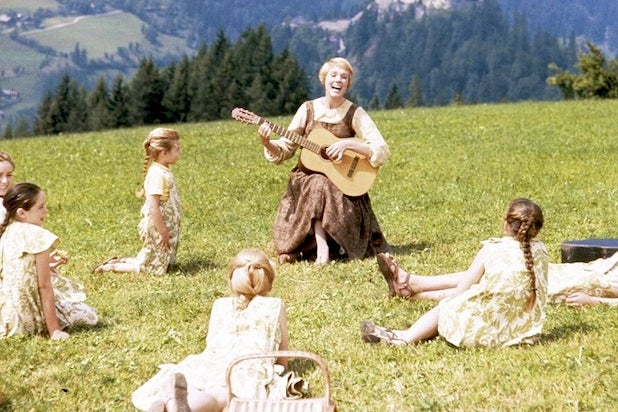 Lest NBC’s live version is your last memory of “Sound of Music,” ABC will air the original 1965 film starring Julie Andrews and Christopher Plummer.

The four-hour movie will air on Sunday, Dec. 22 as part of ABC’s Sunday Movie of the Week starting at 7/6c.

Directed and produced by Robert Wise, the movie won five Oscars, including Best Picture and Best Director. It also displaced “Gone With the Wind” as the highest grossing film of ever at the time, eventually netting $286 million internationally.

Although reviews for the production felt Underwood’s acting was subpar, the event topped the night’s social media topics and earned the network its biggest non-sports Thursday since the finale of “ER” in 2009 and 18.5 million total viewers. NBC plans to re-air the program on Saturday at 8/7c.

“Smash” producers Neil Meron and Craig Zadan headed up the NBC production, which was actually based on the original 1959 Broadway production of “The Sound of Music,” starring Mary Martin and Theodore Bikel, not the film.

But of course, most viewers are better acquainted with the Andrews film. And if you’re not, ABC’s airing can take care of that.