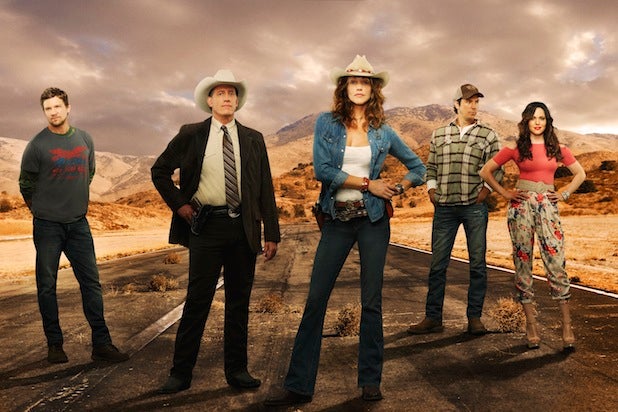 “Killer Women” is on the cutting block.

After the Sofia Vergara-produced series premiered to a 0.9 in the advertiser-coveted 18-49 demographic and fell again in its second week to 0.7, ABC has cut the show’s episode order by two episodes bringing the order from eight to six episodes, a network representative told TheWrap.

In comparison, ABC’s “The Assets,” also a limited series, was pulled from the schedule after Episode 2. “Killer Women” and “The Assets” tied for lowest premiere of this season. “The Assets” also had a 0.7 rating with its second episode.

From executive producer Vergara (“Modern Family”) and creator Hannah Shakespeare (“The Raven”), “Killer Women” stars Tricia Helfer as a Texas Ranger, one of the few females in the agency. Each week, she tracks down a new felon as she deals with those who doubt her abilities.