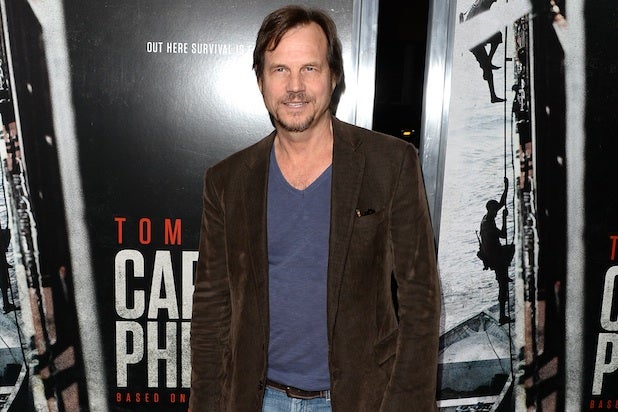 “Marvel’s Agents of SHIELD” has recruited Bill Paxton for a recurring role.

Paxton will play agent John Garrett, who will team with Ward (Brett Dalton) and May (Ming-Na Wen).

“He is the type who wants to stay out in the field no matter how high-level he gets,” executive producer Maurissa Tancharoen told TV Guide Magazine, which posted a first look photo, as well.

Executive producer Jed Whedon added on the casting, “We wanted to bring in a rough-and-tumble former cohort of Agent Coulson [Clark Gregg] with a little bit of attitude and cigar-smoking swagger.”

Tancharoen revealed Paxton’s character will join “in a very surprising way” when he starts his character arc of at least four episodes starting in late-February or early-March.

An ABC representative told TheWrap that there are no further details on the role at this time.

Paxton is best known for starring on HBO’s “Big Love” as polygamous Mormon, Bill Henrickson, for five seasons. He also starred in the History Channel miniseries, “Hatfields & McCoys,” in 2012. His film credits include “Titanic,” “Apollo 13” and “Aliens.”