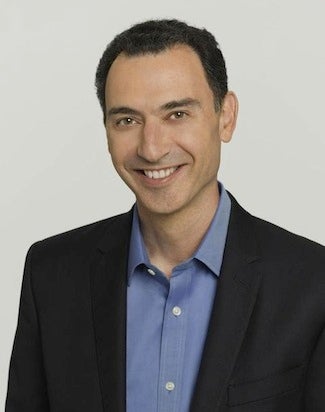 Lee will continue to head the ABC Entertainment Group, which includes the broadcast network and production arm ABC Studios, an individual with knowledge of the deal told TheWrap.

In renewing Lee’s contract, ABC-Disney has shored up its team going into its upfront presentation to advertisers in May, which will include new co-chairman of Disney Media Networks and president of Disney/ABC Television Group Ben Sherwood.

Lee’s fate has been under some scrutiny with speculation about his future with ABC being uncertain. There has been some talk among industry professionals that he could be fired because of ABC’s falling ratings.

But Sherwood praised Lee as “a very talented executive” when TheWrap spoke with him in March, just after he was named as Anne Sweeney’s replacement.

“He’s had a bunch of hits and I know he’s primed for more in the future and I’m excited about the possibilities of the upcoming development cycle and what the future holds,” he said.

His tenure so far at ABC so far has been spotty at best. The current season of poorly performing new series are just the latest strike against Lee, who headed youth-skewing ABC Family before taking over ABC in 2010 after Steve McPherson resigned amid sexual harassment allegations.

Year-over-year, ABC has seen itself fall to the third-place broadcast network in the advertiser-coveted 18-49 demographic — behind CBS and NBC if one weren’t to count sports programs. With sports programming, ABC then becomes dead last, No. 4 after Fox.

He has had his successes, which include continuing on with a lucrative partnership with Shonda Rhimes, whose drama “Scandal” has delivered great buzz and Emmy attention to the network. Although the “Wonderland” spinoff was recently canceled, “Once Upon a Time” continues to hold on to a steady viewership, and the recent ratings success with “Resurrection” probably didn’t hurt his contract renegotiations.

To be fair, Lee took over the network when it was already tied for third place with NBC in the key demo. McPherson struggled to find shows to replace the numbers generated by the early years of “Desperate Housewives” and “Grey’s Anatomy.” But Lee has done very little to turn that trend back around since taking over.

The decision to keep him on for several more years is a vote of confidence from Sherwood and Disney. Individuals inside ABC have told TheWrap that the company’s leaders believe that Lee has a long-term game plan and they’re willing to let that play out.