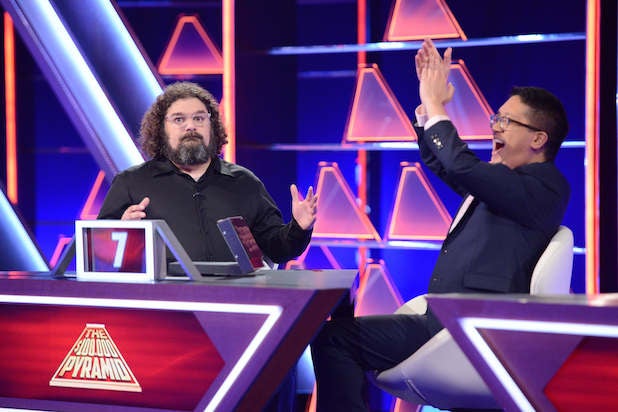 ABC sacrificed its season finales for “The $100,000 Pyramid” and “To Tell the Truth” last night, when in addition to NBC’s “Sunday Night Football,” primetime programming also had to contend with the Emmys on Fox.

Due to the nature of live programming, these below Nielsen numbers for NBC, CBS and Fox should be considered subject to significant adjustment. See the earlier-available overnight ratings for the 71st Emmy Awards and “Sunday Night Football” here — those are adjusted for time zone differences.

We’ll get a final rating and viewer total for the Emmys later today. This story is more about the rest of broadcast’s performance against the stiff competition.

NBC was first in ratings with a 4.5 rating/20 share in the advertiser-coveted 18-49 demographic and in total viewers with an average of 13.9 million, according to preliminary numbers. That was all “Sunday Night Football” and its pregame show.

Fox was third in ratings with a 1.4/6 and in viewers with 6 million. That was nothin’ but Emmys.

Telemundo was fifth in ratings with a 0.4/2 and in viewers with 1.2 million.

Univision was sixth in ratings with a 0.3/1 and in viewers with 1.1 million.