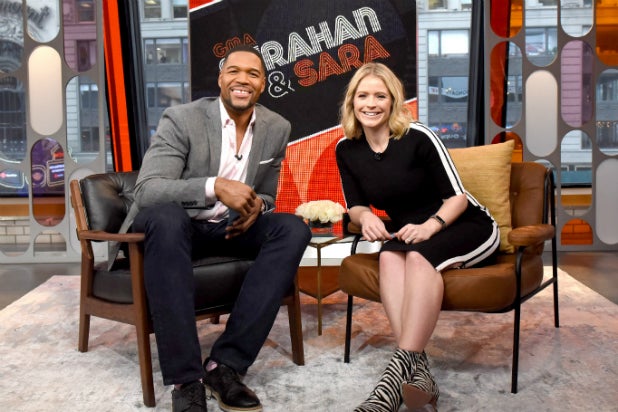 “GMA Day,” an extension of the ABC morning talk show, launched in September. Now named after its hosts, Michael Strahan and Sara Haines, “Strahan & Sara” airs at 1 p.m. on ABC.

The new title and set debuts today, a person with knowledge of the update told TheWrap.

The afternoon program was originally intended to act like a third hour of “Good Morning America” — just a bit removed from those hours (and the “morning” part in general). “GMA Day” took over for “The Chew,” which was canceled while facing a whole host of issues, including sexual misconduct accusations against one of its hosts, Mario Batali.

Unfortunately, “GMA Day”/”Strahan & Sara” has yet to surpass even the modest Nielsen TV ratings the time slot got in its “Chew” days. Evidently, ABC News executives believe the opportunity for growth exists, and see any hope for success as being tied directly to the two big personalities in front of the cameras. Yes, it appears they’re going for more of a Kathie Lee and Hoda vibe now — those two chat and swill wine for the fourth hour of key “GMA” competition, NBC’s “Today” show.

Variety first reported the news of the “Strahan & Sara” rebranding.