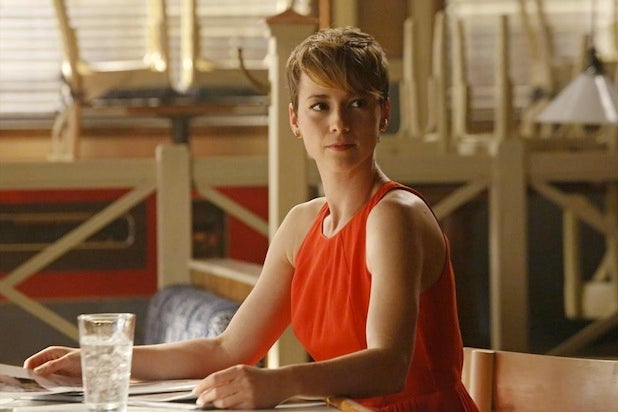 “Revenge” fans can assume that Margaux will survive Season 3.

French Canadian actress Karine Vanasse, who plays magazine editor Margaux on the ABC drama, will be promoted to a series regular should the network renew the series for a fourth season, a show representative told TheWrap.

Before “Revenge,” Vanasse starred on ABC’s “Pan Am” series. She is best known in her home country for the films “Polytechnique,” “Séraphin: un homme et son péché” and “Emporte-moi.”

A former flame of Daniel’s (Josh Bowman), Margaux is currently infatuated with Jack (Nick Wechsler). Downloaded on Conrad’s (Henry Czerny) transgressions, the journalist has been instrumental in turning the suspicion surrounding the shooting of Emily (Emily VanCamp) away from Victoria (Madeleine Stowe) onto Lydia (Amber Valletta).

This promotion comes ahead of ABC’s expected renewal of the series.