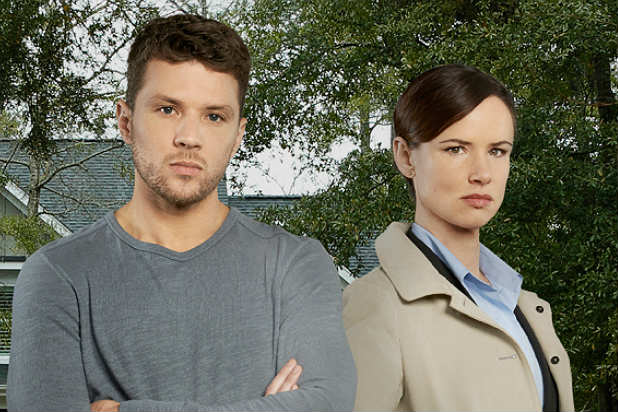 ABC released trailers of its upcoming new series on Tuesday, including the Shonda Rhimes drama “How to Get Away With Murder” and “Forever,” starring Ioan Gruffudd, among others.

“American Crime” from “12 Years a Slave” Oscar winner John Ridley, will examine race in America as it traces a single crime over an 11-episode arc.

Starring Viola Davis, “How to Get Away With Murder” is billed as a sexy, suspense-driven legal thriller that centers on ambitious law students and their brilliant and mysterious criminal defense professor. They become entangled in a murder plot that could rock their entire university and change the course of their lives.

“Forever,” starring Ioan Gruffudd, follows Dr. Henry Morgan, New York City’s star medical examiner. But what no one knows is Henry studies the dead because he is immortal. With the help of detective Jo Martinez, we will peel back the layers of Henry’s colorful and long life through their cases.

“Black-ish” is about an upper-middle class black man struggling to raise his children with some sense of cultural identity despite constant contradictions and obstacles coming from his liberal wife, old-school father and his own assimilated, color-blind kids. Anthony Anderson stars.

Cristela Alonzo stars as Cristela in — yup — “Cristela,” about a woman who’s in her sixth year of law school, Cristela and is finally on the brink of landing her first big (unpaid) internship at a prestigious law firm. The only problem is that her pursuit of success is more ambitious than her traditional Mexican-American family thinks is appropriate. She’s stuck straddling the old culture she’s trying to modernize at home with her working-class family and the modern world she’s trying to embrace in her professional career.

“Selfie” stars Karen Gillan as “instafamous” Eliza Dooley, who has 263,000 followers who hang on to her every post, tweet and selfie. But one lonely day, she has a revelation: being friended is not the same as having actual friends. She asks marketing guru Henry (John Cho) to ‘rebrand’ her self-obsessed reputation and teach her how to connect with people in the real world. Loosely based on “My Fair Lady,” “Selfie” explores the modern struggles of Eliza and Henry, as he tries to teach her how to live life offline — whether she “likes” it or not.

“Manhattan Love Story” is a  romantic comedy that exposes the unfiltered internal monologues of a young couple embarking on a new relationship.

“Galavant” is described as a “comedy musical fairytale” from Dan Fogelman and composer Alan Menken.

“Fresh Off The Boat” is based on Eddie Huang’s memoir about his family of Taiwanese immigrants.

“The Whispers” is an alien invasion drama.