Frankel’s departure comes years after being named senior vice president of comedy development by then-newly installed studio president Jonnie Davis. She has been with the studio since 2015. 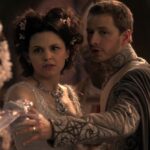 Also Read:
‘Once Upon a Time’ Creators’ Fairy Tale Pilot ‘Epic’ Not Moving Forward at ABC

Prior to assuming her current position, Frankel served as vice president of current series, overseeing series including “Stumptown,” “American Housewife” and “A Million Little Things.”

She previously worked in comedy department at the studio from 2007 to 2011, before leaving to serve as head of comedy development for USA Network. At USA, she developed series including “Playing House,” “Sirens” and “Benched.” She has also held positions at Imagine Television and Grammnet.