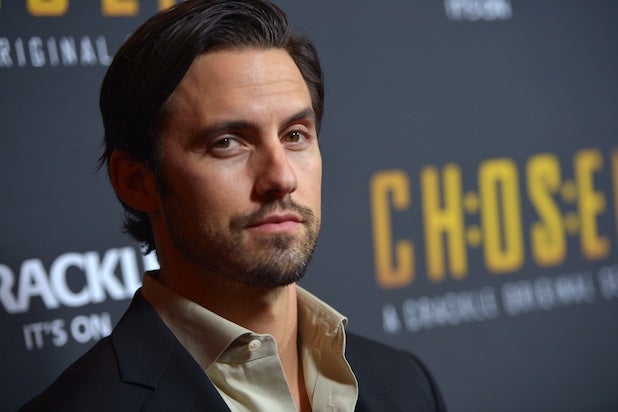 “The Visitors” has just added “Heroes” alum Milo Ventimiglia to its cast.

TheWrap has learned that after receiving several offers this pilot season, Ventimiglia accepted the role of John Doe/Drew Bennigan on the drama project from Steven Spielberg‘s Amblin TV.

“The Visitors” depicts a race against the clock to defeat an unseen alien enemy out to destroy the world using our most precious resource against us.

Here’s the description for Ventimiglia’s role:

Found unconscious in a DC alleyway, John Doe wakes up to discover he has no idea who the hell he is. Somehow, his memory has disappeared. In its place – mysterious tattoos that seem connected to Drill and his control over children. Determined to piece together the puzzle of his life, John will follow the clues of his tattoos only to learn he is in fact Drew Bennigan, Claire’s missing husband. Now faced with the question of how to live a life he doesn’t remember, John will fight to recover his memory. Will he succeed? And if so, will he be able to live with the truth of his marriage? Or will he ultimately cross over to the Enemy’s side?

Ventimiglia’s television credits include TNT’s “Mob City,” NBC’s “Heroes” and WB’s “Gilmore Girls.” He also stars in and produces the web series “Chosen” for Sony Crackle. He’ll next star on the big screen in The Weinstein Company film “Grace of Monaco.”

He joins “Revenge” actor Barry Sloane on “The Visitors,” which will be executive produced and written by “Juno” producer Soo Hugh. Dawn Olmstead’s production company, Grady Girl, will co-produce with Amblin TV.