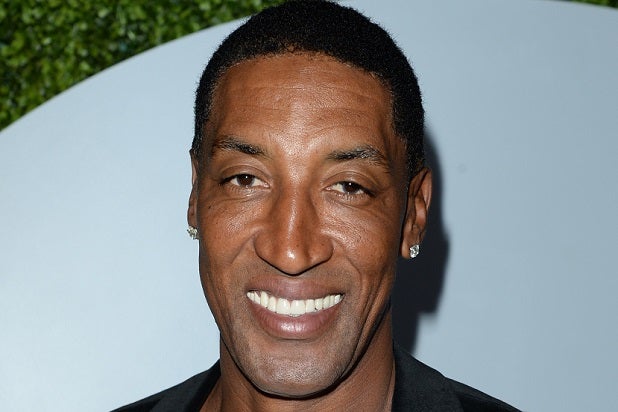 Scottie Pippen and Judah Friedlander are migrating to “Fresh Off the Boat.”

Former NBA star Pippen and “30 Rock” alum Friedlander have been booked to guest-star on an episode of the ABC comedy.

Also read: Eddie Huang-Inspired 'Fresh Off the Boat' Gets Premiere Date From ABC

The series, set in 1995, revolves around 11-year-old, hip-hop-loving Eddie Huang (Hudson Yang) whose family has just moved from Washington, D.C.’s Chinatown to suburban Orlando, Florida, so that the family patriarch Louis (Randall Park) can follow his American dream of opening a Western-themed restaurant.

In the episode, Friedlander will play Ray, the cool new counselor at school, with a ponytail and a leather jacket.  Non-judgmental, the kind of guy who talks about feelings a lot, he urges Eddie to channel his hustle into something more constructive, like running for student council.

Pippen, meanwhile, will play himself. As a favor to his accountant’s son Trent (Trevor Larcom), Scottie visits Eddie’s school to help Trent win the student council election, but becomes engrossed in Eddie’s campaign vision. He winds up giving Louis tax advice and entertains the Huang family, who in his opinion, are ungrateful of his kindness.

EW.com first reported the news of Pippen and Friedlander’s casting.