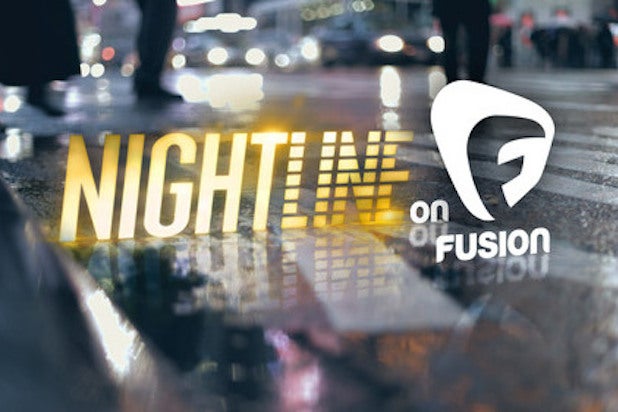 The show, which premieres on Wednesday, February 18, will be hosted by ABC News correspondent Gio Benitez and Fusion’s Kimberly Brooks. It will also feature contributions from additional ABC News and Fusion talent.

“This show is an exciting example of the power and potential of an already winning partnership,” “Nightline” executive producer Roxanna Sherwood, said in a statement.  “We can bring our content to a whole new audience by leveraging in such a direct way the extraordinary talent at both ABC News and at Fusion.”

“Nightline on Fusion,” will include stories from the late-night news program that resonate with Fusion’s young, diverse millennial audience, as well as original content produced for Fusion.

“Nightline on Fusion” premiers on Fusion on February 18 at 8 p.m.