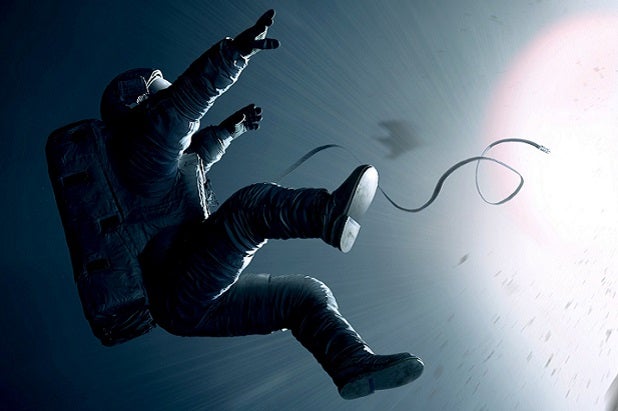 “Star Trek Into Darkness,” “The Hobbit: The Desolation of Smaug,” “Pacific Rim” and “Iron Man 3” are among the nine films that will have a chance to lose to “Gravity” in the Oscar race for visual effects, the Academy announced on Thursday.

Of course, AMPAS didn’t phrase it that way – they simply put those five films on a shortlist of competitors that will go into a special presentation at Academy headquarters on Jan. 9. At that so-called “bakeoff,” members of the Visual Effects Branch will determine the five nominees.

Also on the shortlist, which was determined by members of the Visual Effects Branch Executive Committee: “Elysium,” “The Lone Ranger,” “Oblivion,” “Thor: The Dark World” and “World War Z.”

Films that were considered possible contenders but are now out of the running include “Man of Steel,” “Oz the Great and Powerful,” “The Secret Life of Walter Mitty” and “Ender’s Game.”

“Gravity” remains the prohibitive favorite in the category.